I left my 20 year career at EDS and slowly started to build a strategy for positioning Nando in the speaking marketplace. Considering he was a somewhat reluctant participant, each step was intentional. One of our biggest breaks occurred in 1999. I cold called Elyse Gut, the program chair for HR Southwest, the largest regional HR conference. She told me there was no way she could use Nando because his name was not recognizable. She did agree to a meeting. Nando and I met with her and her team and left with a signed contract. Nine months later he delivered the keynote at their conference and a representative from SHRM-Society for Human Resource Management was in the audience. The next week SHRM booked Nando for their annual meeting. He keynoted with Gary Hamel, Gen. Norman Schwarzkopf and Doris Kearns Goodwin speaking to over 12,000 people. 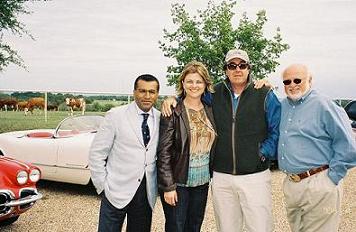 There are many more highlights: keynoting at the Million Dollar Roundtable, speaking to IASB-International Association of Speakers Bureaus and NSA-National Speakers Associations and the journey of Nando writing Miracle in the Andes which debuted as #10 on the New York Times Best Seller list. On the personal side, our friendship has grown tremendously over the years. We have watched each other’s families grow, attended confirmations and weddings and traveled the globe.

Those who work around me always smile when I get off the phone talking with a new client about Nando. I just light up when I explain the impact he can create, the messages that will be delivered and knowing that lives will be transformed.

I was touched by Nando’s story in 1995 and in the last 15 years, Nando has spoken to a half million people sharing a message about the importance of family, friendship the power of the human spirit and love. Up until now, this message has been limited to those companies and organizations that hire outside speakers. On Oct. 20, this important story will enter into living rooms across America for families to share together. The History Channel will air a new documentary entitled I AM ALIVE: SURVIVING THE ANDES PLANE CRASH.

Recently, I was with Nando in NYC when he spoke to 5,000 people at HSM’s World Business Forum. This is an event that attracts business leaders from across the globe. This event has a seven year history of putting on two day events and that represents over 100 speakers. Organizers told us there have only been two standing ovations: President Bill Clinton and now Nando Parrado.

I feel so blessed that I reached out to Nando and I have been part of this journey. Nando is an incredible person and friend. But he is also just like you and me. The only difference is he had a chance to learn the most important lessons in life when he was very young man. Through the magnitude of the story we are given a chance to put life in to perspective.

Thank you Nando ….for being who you are…a great speaker and my friend. Thank you for sharing my philosophy that we do not book speeches but we create experiences that impact lives. 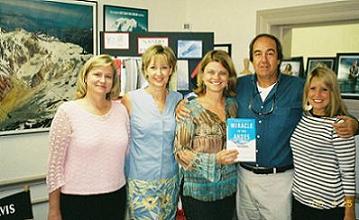 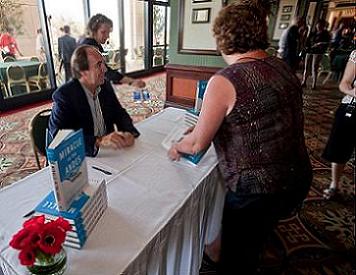