It started with a movie…

In the earlier days of my career, I served as the manager for the corporate incentive event department at EDS (the legendary Electronic Data Systems company founded by Ross Perot). Since my responsibilities included oversight of the company’s “Inner Circle” program (the top sales recognition program ), that meant I was also charged with the selection and preparation of outside keynote speakers for our large events. In 1994, I was issued a challenge by the chairman of the company to identify and recruit a keynote speaker who was “new and different”. In other words, the chairman wanted me to find a speaker who met three criteria: They had to have global appeal, they had to be exciting, and they had to be someone that our audience members had never heard from before.

It was a tall order, which suited me just fine—if you know me, you know I love a challenge. I immediately begin pondering who could fit the bill. Right around this time, I happened to see the 1993 movie “Alive”, which recounts the incredible story of a Uruguayan rugby team's airplane crash in the Andes mountains and the team members’ subsequent struggle for survival. As I watched Ethan Hawke’s portrayal of one of the central figures in the story, Nando Parrado, I knew I had overcome my first hurdle, identifying a speaker. Now I faced my next hurdle—finding Nando.

Remember, this was the earlier part of the 1990s. I didn’t have Google to help me. Instead, I tried contacting speakers bureaus I had worked with in the past, but they all came up empty handed. Then fate took a hand. Thanks to a crazy connection I leveraged through my father, I was able to connect with the Uruguayan Embassy in Washington.  While the embassy wasn’t able to make a direct introduction, they did steer me in the right direction. I finally found Nando, and after a lot of persuasion on my part, I convinced him to speak at our event. Little did we either one of us know that this would be the first of over 284 keynote speech we would book together over the next 20 years.

Now we’ve reached the “and the rest is history” part of the story. Four years later, after a 20-year career with EDS, I struck out on my own to form GDA Speakers in 1999. My first office was in my home and I had no employees. During that first year, I executed one speaking contract and three event contracts. To say that the company has come a long way since then would be a pretty big understatement, but I was never deterred by my modest beginning. You have to start somewhere, and this is how Gail Davis & Associates began.

Stay tuned for more blog posts and photos about 20 years of GDA—and thanks for being a part of our story. 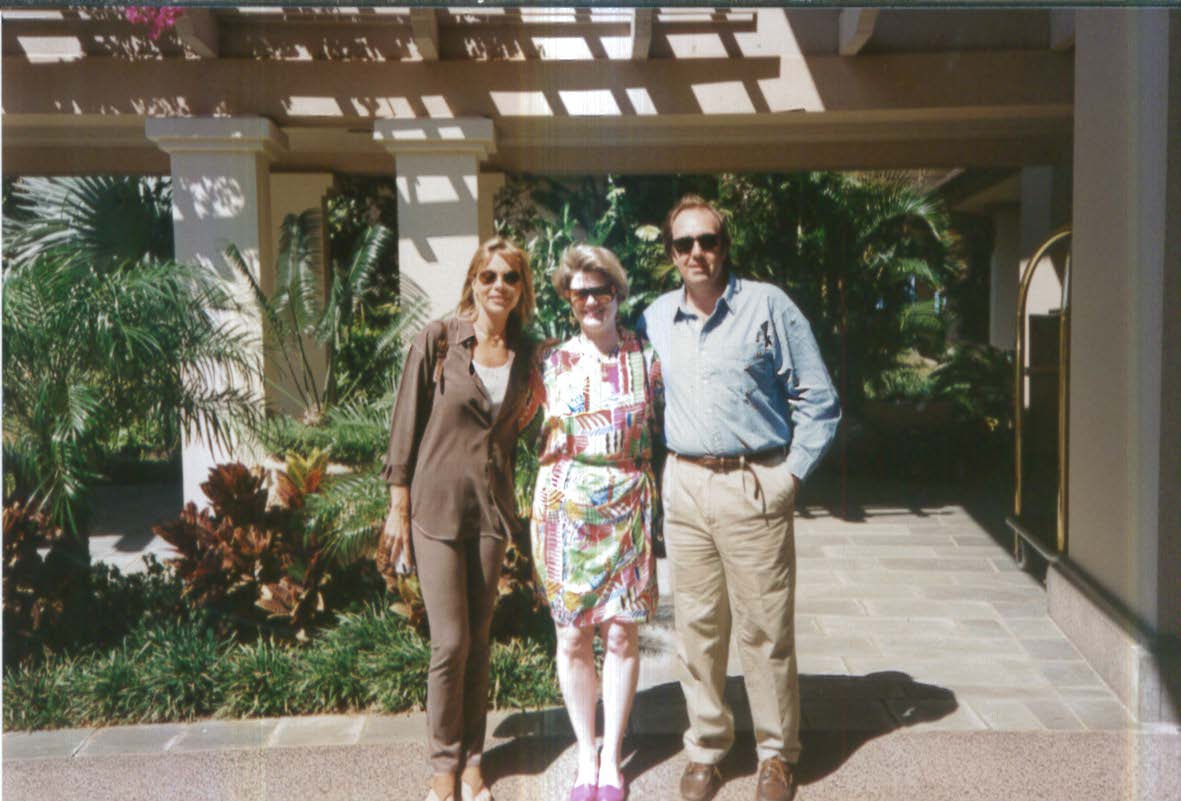 Pictured: Gail, Nando Parrado and his wife, Veronique, in Maui. That first speaking gig in 1995 was the beginning of an amazing friendship that exists today.