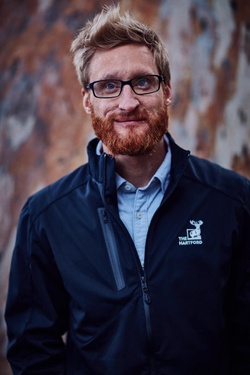 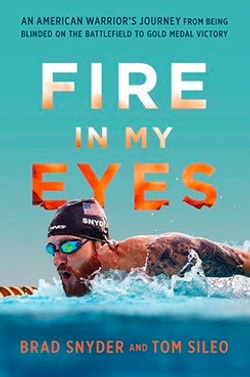 Brad Snyder began his professional career as an Ensign in the US Navy, having graduated from the US Naval Academy with a degree in Naval Architecture. Through his distinction as the swim team captain during his final year, he earned an assignment as an Explosive Ordnance Disposal (EOD) Officer.

Brad sustained complete vision loss as a result of the explosion but did not suffer any other lasting wounds. As a part of his rehabilitation process Brad returned to the pool, and after a few months of training earned a spot on the US Paralympic National Team for swimming. At the 2012 Paralympics, he competed in seven events, earning two Gold medals and one Silver medal. His victory in the 400-meter freestyle occurred on the 7th of September, 2012, which marked exactly one year from the day he suffered his vision loss.

Brad medically retired from Naval service in 2013, and three years later returned to the Paralympic Games, this time in Rio de Janeiro, Brazil. Brad competed in five events, earning three gold medals, one silver medal, and broke a world record that had stood for over 30 years.