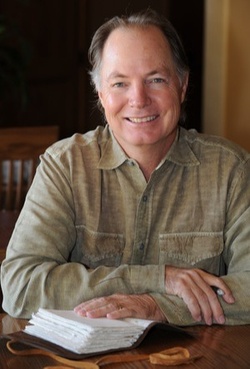 Dr. David Cook is peak performance coach in the field of Sport and Performance Psychology. He served as "Mental Training Coach" for the San Antonio Spurs from 1996 – 2004 that included two World Championships. He has coached performers from the PGA, NBA, NFL, MLB, Olympics, and collegiate national championship ranks. His business clients have included Exxon Mobil, Sprint, USAA, Valero, Merill Lynch, and many other Fortune 500 companies. In 2006 he released his best selling novel, Seven Days in Utopia: Golf’s Sacred Journey. This book was made into a movie, Seven Days in Utopia, starring academy award winners Robert Duvall and Melissa Leo and was released in theaters across the country Sept. of 2011. He served as Executive Producer and screenwriter on this project.

Dr. Cook has represented the U.S. at the International Olympic Academy in Greece; served as president of the National Sport Psychology Academy; and was recently named, "Top 10 Mental Game Consultant" by Golf Digest Magazine. He served as Mental Training Coach for the San Antonio Spurs for eight seasons, including their first two World Championships.