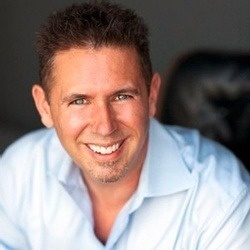 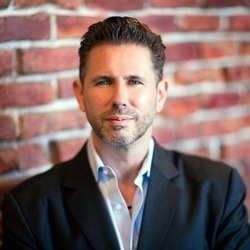 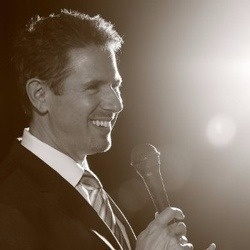 Patrick Schwerdtfeger (pronounced shwert – fehger) is a leading authority on technology trends including big data, artificial intelligence and the social media revolution. He’s the founder of Trend Mastery and the host of the Strategic Business Insights video blog (with over 20,000 subscribers and four million views on YouTube). He discussed “Learned Intuition” at the TEDx Sacramento event in 2012.

Patrick is a keynote speaker who has headlined events for Oracle, Bloomberg TV, Marriott, Bank of America, Trek Bicycles, RE/MAX, Century 21, Keller Williams, Comcast Cable, Research in Motion (BlackBerry), Time Warner Cable and United Healthcare among many others, as well as hundreds of industry conferences and conventions around the world. His programs focus on technology trends, digital marketing and the psychology of human motivation.

Patrick is the author of the award-winning book, Marketing Shortcuts for the Self-Employed (2011, Wiley) as well as Webify Your Business: Internet Marketing Secrets for the Self-Employed (2009) and Make Yourself Useful: Marketing in the 21st Century (2008). He has been featured by the New York Times, LA Times, San Francisco Chronicle, CNN Money, Reader’s Digest, Fortune, Bloomberg Businessweek, the Associated Press, MONEY Magazine and Forbes, among others.

Patrick was invited to cover ‘Global Mega Trends’ at the 18th annual GCC eGovernment & eServices Conference in Dubai (May, 2012) and has spoken in the Middle East four times since then. He has also contributed to business events across the United States and Canada as well as destinations in Mexico, the Caribbean, South America, Europe and Asia. He is best known for his keynotes about the social media revolution and global business trends, and their impact on consumer behavior and market leadership. Patrick’s strategic perspectives make his programs inspiring and thought-provoking for attendees.

Patrick is a passionate and dynamic speaker who focuses on delivering valuable content and highly practical strategies that people can implement immediately and see results quickly. His programs consistently receive enthusiastic reviews and leave attendees burning to put their new ideas and strategies to work.

Patrick’s expertise encompasses modern business trends, marketing and communication strategies. The convergence of these explain the focus his books have on small business marketing and social media, but today’s mega trends directly impact communication channels for large corporations and governments as well.

Patrick was born in Vancouver, Canada, and received his Bachelor of Commerce in Marketing and Finance from Carleton University in Ottawa (1993). At the age of 27, he discovered he was an American citizen and moved to Los Angeles just six days after receiving his rst American passport. Patrick now resides in the San Francisco Bay Area.