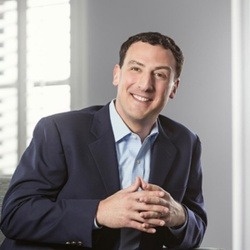 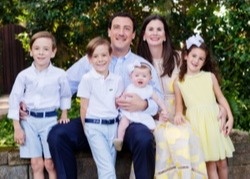 In 2016 Lidsky set out to share with others his empowering approach to living and leading, and he was promptly recognized as a visionary thought leader. Penguin Random House acquired for publication his first book, Eyes Wide Open, and TED invited Lidsky to present a mainstage TED Talk at TEDSUMMIT 2016 in Banff, Canada. Lidsky now speaks to and works with organizations around the world.

He has been recognized for his achievements dozens of times and his leadership is routinely sought after. He is an advisor to a $1+ billion tech “unicorn.” He is a member of the Young Presidents’ Organization (YPO), the world’s premier peer network of chief executives and business leaders, and was tapped to lead the Orlando Chapter and to serve on the Regional Executive Committee for the Southeast U.S. and Caribbean. He was asked to join the Young Entrepreneur Council. He has been appointed to State leadership positions by the Governor of Florida and to a federal position by a U.S. Senator. He sits on the Board of the Florida Hospital For Children. He was named 1 of 4 Temple Bar Scholars by the United Kingdom’s Inns of Court and brought to London for a month-long idea exchange with UK Supreme Court Justices and leading barristers.

Perhaps most striking, Lidsky is only 37, and he is blind. Born with Retinitis Pigmentosa, a rare degenerative disease of the retina, from age 12 to 25 he slowly lost his sight. As his bio makes clear, neither his youth nor his blindness have limited him, however.

This is true in his professional life and personal life alike. Isaac married Dorothy, the love of his life, in June 2004. In September 2010 she gave birth to their triplets, Lily Louise, Phineas and Thaddeus—collectively, “The Tripskys”—and in December 2015 baby Clementine completed the family. The six Lidskys live in Windermere, Florida.

Unsurprisingly, Lidsky has been featured in numerous national media, including Forbes, MSNBC, U.S. News & World Report, 60 Minutes, CNN, Voice of America, Business News Daily, Daily Business Review, Business Insider, Men’s Health, People Magazine, the National Law Journal, and the American Bar Association Journal. He is regularly asked by the media to provide his commentary on the construction industry, leadership and/or entrepreneurship. Invariably, his story shines through his commentary, and with his story, great inspiration.