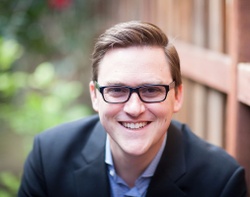 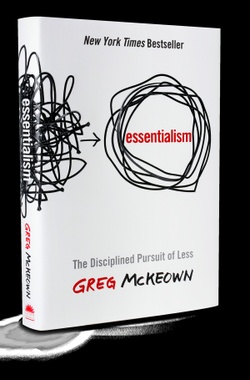 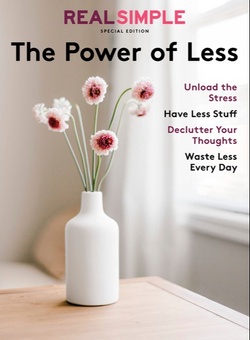 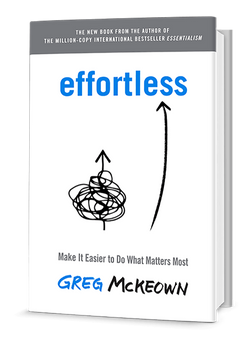 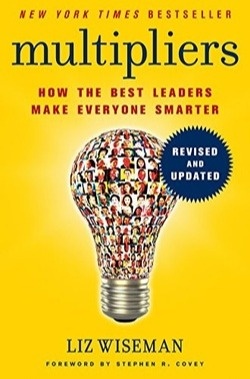 Greg McKeown has dedicated his career to discovering why some people and teams break through to the next level—and others don’t.

The definitive treatment of this issue is addressed in McKeown’s New York Times and Wall Street Journal bestseller, Essentialism: The Disciplined Pursuit of Less. As well as frequently being the #1 Time Management book on Amazon, this book challenges core assumptions about achievement to get to the essence of what really drives success.

His writing has appeared or been covered by The New York Times, Fast Company, Fortune, HuffPost, Politico, and Inc. Magazine. He is among the most popular bloggers for the Harvard Business Review and LinkedIn’s Influencers group: averaging a million views a month.

McKeown has been interviewed on numerous television and radio shows including NPR, NBC, FOX, and as a regular guest on The Steve Harvey Show. Entrepreneur voted his interview at Stanford University the #1 Must-See Video on Business, Creativity and Success.

Essentialism was voted by Goodread as the #1 Leadership and Success Book to Read in a Lifetime.

McKeown is an accomplished public speaker. He has spoken to hundreds of audiences around the world including in Australia, Bulgaria, Canada, China, England, India, Ireland, Italy, Japan and Singapore.

Highlights include speaking at SXSW, interviewing Al Gore at the Annual Conference of the World Economic Forum in Davos Switzerland and receiving a personal invitation from Haakon, Crown Prince of Norway, to speak to his Annual Innovation Conference.

McKeown challenges conventional wisdom in a unique and engaging style from the first moment to the last instant. As the event organizer at Greater Public said after McKeown addressed their 1,000-person conference, “I have been part of this event for 16 years and McKeown is the best speaker we have ever had!”

McKeown is an active Social Innovator. Serving as a Board Member for Washington D.C. policy group Resolve and as a mentor with 2 Seeds, a non-profit incubator for agricultural projects in Africa. He has also been a speaker at non-profit groups including The Kauffman Fellows, Net Impact and Stanford University: he recently gave back to Stanford University by co-creating a popular class called, Designing Life, Essentially.

He serves as a Young Global Leader for the World Economic Forum. He recently moderated a session at the “Summer Davos” in China called, “Unpacking Social Innovation Models for Maximum Impact”, served as a panelist at the “Sharpening Your Creative Edge” working session at the Forum.

Prior to this, McKeown collaborated in the research and writing of Multipliers: How the Best Leaders Make Everyone Smarter and worked for Heidrick & Struggles’ Global Leadership Practice assessing senior executives.

Originally from London, England, McKeown now lives in Calabasas, California with his wife, Anna, and their four children. He did his graduate work at Stanford University.