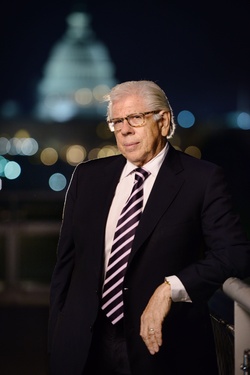 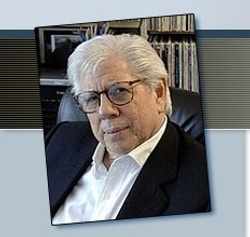 Few journalists in America’s history have had the impact on history and their craft as Pulitzer Prize-winning investigative reporter Carl Bernstein. From uncovering the Watergate scandal to writing about national and international affairs for more than 40 years, Bernstein’s books, reporting and commentary have revealed the inner workings of government and politics, and told the hidden stories of Washington and its leaders. Drawing parallels between the past and the events of today, Bernstein provides invaluable context for our tumultuous times—colored with captivating stories from his legendary career.

Renowned worldwide for his unique commentary, reporting, and analysis for CNN, Bernstein is currently at work on several multi-media projects, including a memoir about his earliest days in journalism during the Kennedy-Johnson era and a dramatic TV series about Washington for HBO. He also has been a contributing editor for Vanity Fair for more than 25 years.

He began his career at age 16 as a copyboy for The Washington Evening Star. In the early 1970’s, Bernstein and his partner, Bob Woodward, captured international attention when they broke the Watergate story for The Washington Post. Woodward and Bernstein’s investigative reporting led to the resignation of President Richard Nixon, set new standards for journalism and won the Pulitzer Prize. The pair went on to write two classic best-sellers: All the President’s Men (also a movie starring Robert Redford and Dustin Hoffman) about their coverage of Watergate and The Final Days, chronicling the end of the Nixon presidency.

Bernstein’s other best-selling books include Loyalties: a Son’s Memoir, about his family’s experiences in the McCarthy era, and His Holiness: Pope John Paul II and The History of Our Time, a biography of Pope John Paul II, co-authored with Marco Politi, that reveals the Pope’s pivotal role in the fall of communism. His most recent book is the national best-seller A Woman in Charge: The Life of Hillary Rodham, acclaimed as the definitive biography of the subject. His articles have appeared in Time, USA Today, Rolling Stone and The New Republic. From 1999-2001, Bernstein served as editor and executive vice president of Voter.com, a pioneering website that Forbes named the best political site on the internet. He has also worked as Washington bureau chief and correspondent for ABC News.

Appearing on his own and with his former partner, Bob Woodward, in an extraordinary dual program, Bernstein brings invaluable historical perspective to the news and issues of the day. His talks take audiences inside Washington and his own legendary career. Tackling subjects ranging from the role of journalism in the age of social media and political dysfunction to his own extensive study of the American healthcare system and its future, Bernstein informs, enlightens and treats audiences to an unforgettable encounter with one of the true heroes of modern journalism.