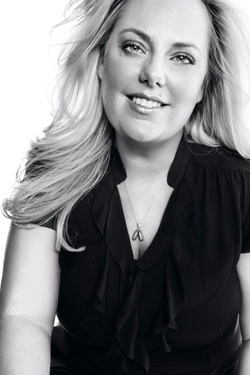 In March of 2012, a tornado ripped through the town of Henryville, Indiana. Stephanie Decker, a 37-year-old mother of three, found herself in a life-altering moment. As her house began to disintegrate around her, she shielded her two

young children with her body. Her dream home fell in, crushing her legs, but because of her heroic actions, Stephanie's children were amazingly unscathed. It was a miracle that she even survived and made it to the hospital. At that point, doctors determined that parts of both

legs would need to be amputated.

Since the accident, Stephanie has been featured on ...

Stephanie Decker has become a true symbol of survival and overcoming adversity. She has used her story to bring awareness for the Stephanie Decker Foundation, which supports two major areas:

2. Accessibility to leading-edge prosthetic products: Stephanie considers herself fortunate to have access to the latest high-tech prosthetics. However, there are many people without access. Stephanie has set out to help those people receive access to cutting-edge technology, which will help them with their mobility (she has also worked with the Kentucky legislature for this).