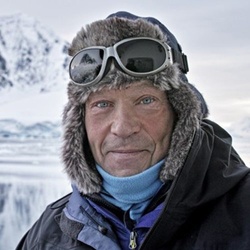 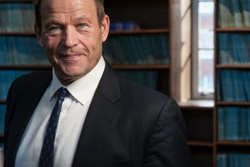 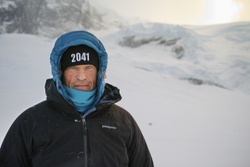 Robert Swan is the first person to have walked to both the North and South Poles. He is an explorer, a leader in energy innovation, and founder of the 2041 Foundation, a non-­profit dedicated to preserve Antarctica as a natural reserve, land for science and peace.

On January 11, 1986, Robert and a team of three, ‘In the Footsteps of Scott’ arrived at the South Pole. Their 900 mile journey was the longest unassisted march in history.

Three years later, in 1989, Robert led, ‘Icewalk’, with a team of eight to the North Pole. By the age of 33, Robert had achieved his dream to walk to both the Poles.

During these two historic expeditions, Robert experienced firsthand the effects of climate change and environmental degradation. At the South Pole, his eyes changed color through damage due to the prolonged exposure of ultra-­violet rays as he walked under the hole in the ozone layer. At the North Pole, his team nearly drowned because of the premature melting of the ocean ice. These two hard-­hitting and unexpected incidents galvanized him to launch the mission, ‘2041’.

Robert received the Polar Medal and the title of the Officer of the British Empire (O.B.E) from Her Majesty, Queen Elizabeth II. His contribution to education, energy innovation and environmental action have been recognized by the United Nations through his appointment as UNEP Goodwill Ambassador for Youth, Special Envoy to the Director General of UNESCO and as a recipient of the UN Humanitarian Innovation Award. He is the co-­author of four books and was a keynote speaker at all of the UN World Summits for Sustainable Development, the World Economic Forum and the Corporate Eco Forum.

Robert was born on 28 July 1956 in Nesham, UK and currently lives with his son, Barney Swan in California.