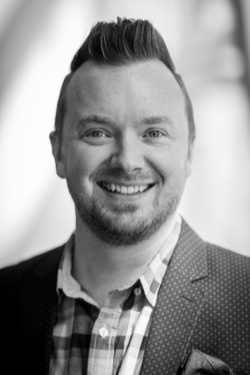 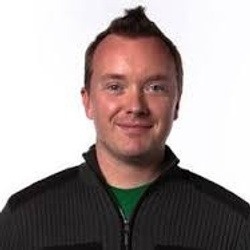 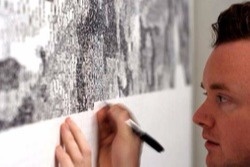 Referred to by his fans as “the Artist for the People”, Phil Hansen is an internationally recognized multimedia artist, speaker, author and innovator -- at the forefront of bringing art to a wider audience. Crashing irreverently through conventional boundaries, Phil works at the intersection of traditional art, electronic media, offbeat materials, and interactive experiences. He is most widely known for his meta-art, videos that document the creation process (sometimes even through destruction), showing millions that art is action, not just result. Hansen's work also extends deeply into traditional media with features on the Discovery Channel, Good Morning America, the Rachael Ray Show, Last Call with Carson Daly, Glamour and many more. His work is sought-after by many influential clients including the Grammy Awards, Disney, Skype, Mazda and the Rockefeller Foundation.

For the tens of millions who have seen Phil’s art on TV and online, it’s hard to imagine that his artistic journey nearly came to an end when a tremor developed in his drawing hand. In exploring new ways to create art, Phil discovered that by embracing his shake, limitations could become the passageway to creativity.