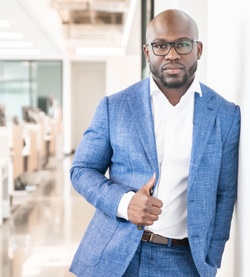 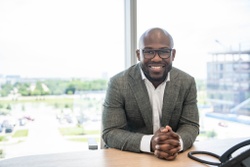 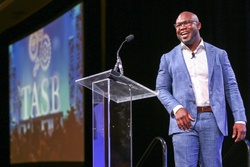 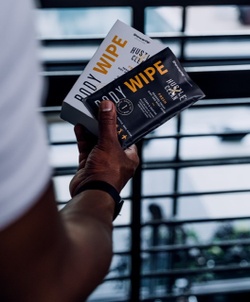 Justin’s personal journey is one of the best stories in the NFL.

Justin has a genuine desire to positively impact others with his message of perseverance through life’s disappointments. His witty and down-to-earth personality engages audiences from corporate environments to youth groups as he shares his inspirational journey of hope, focus, determination, and the importance of legacy.

He played 9 years in the NFL with the Seattle Seahawks, Indianapolis Colts, Houston Texans, Jacksonville Jaguars, Baltimore Ravens, Detroit Lions, and Denver Broncos. His best season came in 2014 as a member of the Baltimore Ravens when he was selected to the Pro Bowl.

Now Forsett is an entrepreneur and the founder / CEO of Hustle Clean, a mission-driven, black-owned business committed to empowering the pursuit of greatness. Hustle Clean’s Personal Protective Hygiene™ novel body wipes - proven to kill 99.9% of germs - are in over 6,000 stores nationwide including Target, Pharmaca and over 4,100 Walmart stores. They have been featured on Shark Tank, Fox, CBS, NBC and Cheddar. The company’s mission is to inspire and empower people to live their best lives, believing that the cornerstone of this mission includes their commitment to give back. Hustle Clean has been on the ground to offer needed help during the crisis at Flint Michigan, Hurricane Harvey (Texas) and Puerto Rico for Hurricane Maria.

He is an expert on leadership, resilience, overcoming adversity, & perseverance.