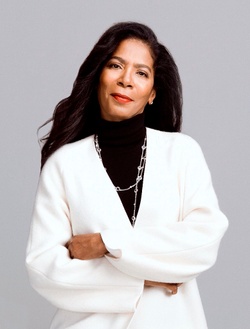 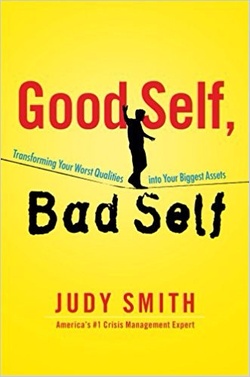 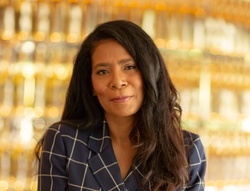 Judy A. Smith is a crisis strategist and communications advisor who The Washington Post describes as “America’s best-known corporate fixer.”

For more than 25 years, Ms. Smith has counseled presidents and world leaders through global crises, advised Fortune 50 CEOs through complex challenges, and helped manage the reputations of some of the world’s highest-profile individuals. In 1993, she founded Smith & Company, a strategic advisory firm considered to be one of the top crisis firms in the world, that has offices in Washington D.C., Los Angeles, New York and London.

Ms. Smith has brought her unique combination of communication skills, media savvy, legal and political acumen to clients facing a wide array of issues and challenges throughout the United States and abroad. She honed her skills through her experiences with some of the most historic and sensational events of our time, including the Iran Contra investigation, the prosecution of former Washington D.C. Mayor Marion Barry, the 1991 Gulf War, the Los Angeles riots, the President Clinton scandal involving Monica Lewinsky, the congressional inquiry of Enron, the General Petraeus CIA scandal, the Sony Corporation hacking crisis, as well as the the United Nations Foundation and World Health Organization response to the SARS epidemic. Additionally, she is currently serving as a trusted advisor at the forefront of the COVID-19 outbreak.

Perhaps best known in media circles for her expertise as a crisis management advisor, Ms. Smith is on speed dial for a host of high-profile celebrity and entertainment clients over the course of her career including, but not limited to, Angelina Jolie, Monica Lewinsky, Senator Craig from Idaho, Congressman Jesse Jackson Jr., actor Wesley Snipes and the family of Chandra Levy. That work involves everything from managing unwanted press attention to rehabilitating reputations.

In addition to her work as a communications advisor during high profile moments, Ms. Smith is a long-time counselor to some of the world’s largest and most influential companies such as Amazon, Facebook, Panera, Lowes, Sony, Kaiser, United Healthcare, and Walmart. She provides her clients with strategic advice on a variety of corporate communications issues such as mergers and acquisitions, product recalls, intellectual property litigation, corporate positioning, diversity and other corporate, investor and public relations matters.

A former federal prosecutor, Ms. Smith worked in the U.S. Attorney’s office for the District of Columbia as well as the Office of the Independent Counsel, where she handled high-profile investigations. Ms. Smith cut her teeth in communications and crisis in the halls of the West Wing. She served as Deputy Press Secretary to President George H.W. Bush, during which time she worked on a host of domestic and international issues. Ms. Smith holds a Bachelor’s in Science in public relations from Boston University and a JD from the American University Washington College of Law, where she was the first Black woman to serve on the Executive Board of the Law Review.

Ms. Smith frequently appears in print and on television to offer commentary on crisis management. She has been featured in numerous national publications including: the Washington Post, National Journal, the New York Times, Wall Street Journal, Forbes, Fortune, Fast Company. Ms. Smith is an experienced and sought-after commentator as a crisis management expert. She frequently appears on major television networks such as CNN, MSNBC, FOX News, NBC, ABC, and CBS. Ms. Smith also speaks at events throughout the year before conference audiences, corporate boards, academic institutions, and other professional groups. She is the author of the book Good Self, Bad Self, which was published in 2012 by an imprint of Simon & Schuster, and which The New York Journal of Books described as containing “a wealth of insight.”

As a result of her wide ranging and ground-breaking career, Ms. Smith inspired the hit TV series entitled, Scandal, which revolved around the life and work of a professional fixer. Ms. Smith served as Co- Executive Producer of the project and provided insight and technical expertise on crisis management issues. Ms. Smith’s advice and counsel has been valuable to corporate boardrooms and currently serves on the board of the Washington National Cathedral. Ms. Smith has received numerous communications and leadership awards and is active in community service.