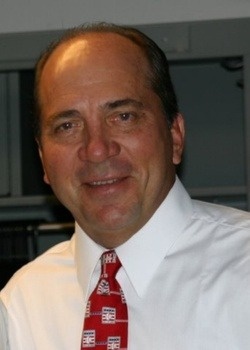 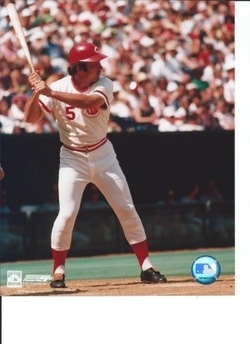 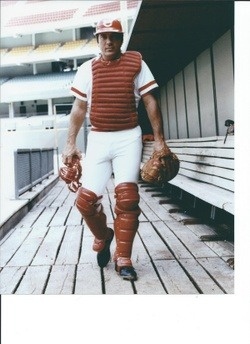 Johnny Bench was born in Oklahoma City, Oklahoma on December 7, 1947 and grew up in the small town of Binger, Oklahoma. The third of four children of Ted and Katy Bench, he was All-State in basketball and baseball at Binger High School and the Valedictorian of his graduating class.

Johnny’s childhood dream was to become a major league baseball player and his father counseled that the position of catcher was the most direct route to that goal. Taking that advice, he was selected and signed in the 1965 amateur draft by the Cincinnati Reds. After two seasons in the minors, Bench made Cincinnati’s Major League roster for the 1968 season. This marked the beginning of one of the most successful careers in baseball history and to Johnny’s ascension as a celebrity.

Elected to the Baseball Hall of Fame in January 1989, Bench is undoubtedly the greatest catcher ever as stated by the Sporting News in late 1998, in which Johnny was named the 16th greatest player of all time – His successes include National League Rookie of the Year (1968), National League Most Valuable Players (1970 & 1972), World Series MVP (1976), 14-time All-Star, and 10 Gold Gloves. In 1980, Bench set an endurance record by catching 100 or more games for 13 consecutive seasons. Then, in 1999 Johnny received baseball’s esteemed honor of selection to the All Century Team on October 24. Two more awards were added in 2015, he is one of the Cincinnati Reds’ Franchise Four as well as one of the Four Greatest Living Players. In 2016, he was Inducted into the International Sports Hall of Fame.

Over the years, Johnny has maintained a sense of balance by using his celebrity status to aid such worthy causes as Hope for the Warriors, Children’s Charity Classic, the American Cancer Society (as past National Chairman of Athletes vs. Cancer), Autism Speaks, USA Cares and the ‘Catch the Cure’ program of the Children’s Hospital of Cincinnati. In 2015 he helped raise over a million dollars for the Bobby Nichols Charity Foundation for abused and underprivileged children. He established the Johnny Bench Scholarship Fund, which provides funds for students to attend college in the Cincinnati area.

Johnny has also spent quite some time in entertainment, logging thousands of hours in personal appearance on television networks such as ESPN, and Fox Sports in addition to participating in events such as touring with Bob Hope’s Christmas Shows, and visiting troops in the Far East during Desert Storm. He has also sung with the Cincinnati Pops, authored books, and was the host of the Emmy-Award-winning instructional show, “The Baseball Bunch.”

Johnny’s national broadcasting background includes nine years with CBS Radio broadcasting the National Game of the Week, the All-Star Game, the League Championship Series and the World Series as well as play-by-play on Reds’ television.

Johnny’s corporate involvement is evident in long term spokesman relationships, both present with Stryker Corporation, Senco and Blue Emu, as well as past with Cincinnati based Fifth Third Bank and national retailer, S&K Menswear.

Johnny is a symbol of winning through hard work and teamwork as outlined in his keynote presentation featuring, "The Vowels of Success" which highlights easy to remember motivational tips. A much traveled and well experienced speaker, Johnny would be a great addition to your event.