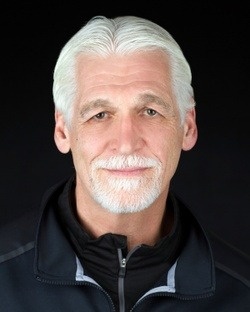 Joe Ehrmann, All-American football player, was named to Syracuse University’s All-Century Football Team, and lettered in lacrosse. Among many awards, the Baltimore Business Journal selected him as the Renaissance Person of the Decade for his dedication and commitment to Baltimore City’s betterment. He was the National Fatherhood Initiative’s Man of the Year and the Frederick Douglas National Man of the Year for empowering youth to prevent rape and other forms of male violence and improving lives of children by helping fathers become more involved. He has been named “The Most Important Coach in America” by Parade Magazine and the Institute of International Sport chose Joe as one of The Most Influential Sports Educators in America. Coach Ehrmann’s revolutionary concepts of purpose-based football, transformational coaching and developing healthy masculinity are the subject of New York Times Best-Seller, Season of Life: A Football Star, a Boy, A Journey to Manhood. Joe is the author of the highly influential and popular InSideOut Coaching: How Sports Can Transform Lives which provides the basis for purpose-based athletics: connecting student-athletes to transformational coaches, in a nurturing community for their social, emotional and character