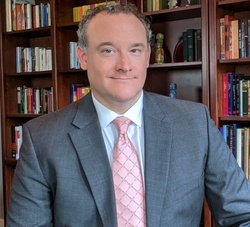 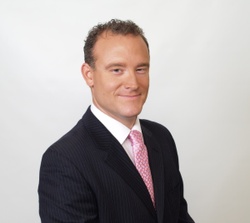 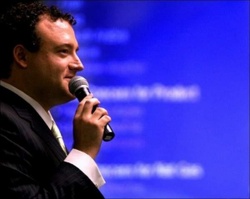 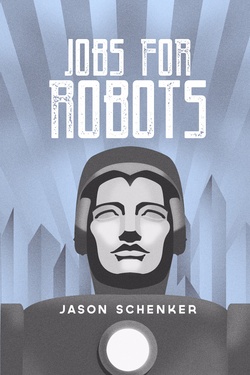 Mr. Schenker is the President of Prestige Economics and Chairman of The Futurist Institute. He has been ranked one of the most accurate financial forecasters and futurists in the world. Bloomberg News has ranked Mr. Schenker a top forecaster in 46 categories, including #1 in the world for his accuracy in 26 categories, including for his forecasts of the Euro, the British Pound, the Russian Ruble, the Chinese RMB, crude oil prices, natural gas prices, gold prices, industrial metals prices, agricultural commodity prices, and U.S. jobs.

Mr. Schenker’s work has been featured in The Wall Street Journal, The New York Times, and the Frankfurter Allgemeine Zeitung. He has appeared on CNBC, CNN, ABC, NBC, MSNBC, Fox, Fox Business, BNN, Bloomberg Germany, and the BBC. He has been a guest host of Bloomberg TV and a contributor for Bloomberg Opinion.

Since 2004, Mr. Schenker has given keynotes for private companies, public corporations, industry groups, and the U.S. Federal Reserve. He attends OPEC and Fed events and has advised NATO and the U.S. government.

Mr. Schenker has written 32 books. Twelve have been #1 Best Sellers, including: The Future After COVID, Jobs for Robots, Quantum: Computing Nouveau, Commodity Prices 101, Recession-Proof, Futureproof Supply Chain, Electing Recession, The Future of Finance is Now, The Future of Energy, The Dumpster Fire Election, and The Robot and Automation Almanac for 2018 and 2020. Mr. Schenker was featured as one of the world’s foremost futurists in the book After Shock, and he contributed to the book World Emerging from Pandemic from National Intelligence University that was commissioned by the Strategic Multilayer Assessment. Mr. Schenker was ranked one of the 100 most influential financial advisors in the world by Investopedia in 2018.

Before founding Prestige Economics, Mr. Schenker worked as a Risk Specialist at McKinsey and Company, and before that as the Chief Energy and Commodity Economist at Wachovia (Wells Fargo). In 2020, he was the VP of Finance for The Texas Lyceum, the preeminent non-partisan leadership development group in Texas. Since 2012, Mr. Schenker has been one of the 100 CEOs on the Texas Business Leadership Council, a non-partisan organization that advises Texas elected leadership at the state and federal level. He is also a Governance Fellow of the National Association of Corporate Directors and a member of the Bretton Woods Committee.