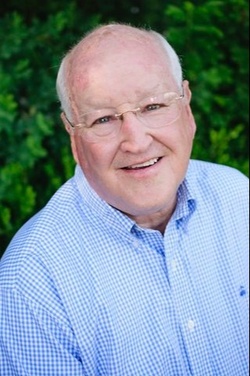 Dr. James B. Maas is a leading authority and international consultant on sleep and performance, and CEO of Sleep for Success. He has been the Stephen H. Weiss Presidential Fellow, Professor and past Chairman of Psychology, as well as a professor in the graduate fields of Education and Communication at Cornell University. He has also served as a professor for 8 years for a week of in-person lectures at the Weill Cornell Medical College-Doha, Qatar. Dr. Maas received his B.A. from Williams College and his M.A. and Ph.D. from Cornell. He holds the world’s record for university teaching, having taught more than 65,000 students in his 48 years on the Cornell faculty.

Dr. Maas has held a Fulbright Senior Professorship to Sweden, has been a visiting professor at Stanford University and past president of the American Psychological Association's Division on Teaching. He received the Clark Award for Distinguished Teaching at Cornell and is a recipient of the American Psychological Association's Distinguished Teaching Award for being the nation’s outstanding educator.

Dr. Maas is one of the world’s most sought-after speakers for corporations, medical schools, national associations, academic institutions and athletic teams. He has presented highly acclaimed live and Zoom programs for such clients as:

The popular press has published over 800 articles about Dr. Maas' work on sleep and performance. He coined the term “Power Nap” and appears frequently on national television programs, such as the TODAY Show, NBC Nightly News, CNN, Good Morning America, CBS This Morning, CBC, The View, Regis & Kelly, and ABC’s 20/20. OPRAH devoted a hugely popular long segment to Dr. Maas and his research on sleep and performance. The Dr. Maas Collection of scientifically developed pillows and comforters is available from https://ufdshop.com