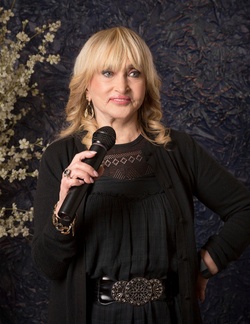 Dr. Erica Miller was born on November 10, 1933, in Romania. From birth to age seven, Erica and her family lived a ‘normal’ life in Tshernovitz, which is now part of the Ukraine. In 1940 when Erica was seven, she and her family were among thousands of Jews herded into cattle cars and transported to a Nazi camp.

In 1944, after four years of indescribable oppression and deprivation, Erica, her parents, and her sister were liberated by the Russians. Erica had no formal education while in the concentration camp. Her first time in school was at age 11 (or fifth grade), where she had to learn quickly how to read, write, and do arithmetic. Much to the chagrin of her classmates, she excelled at all three.

By age 15, her family immigrated to Israel, where she pursued her high school diploma at night and worked during the day. She was the only one among her female peers to earn a high school degree.

After high school, many of the girls her age got married in order to avoid military service. But, Erica joined and served in the Israeli Air Force from 1954-1956. She stood proud and was thrilled to give herself over to defending her country. After her time in the military, she landed a prestigious job at the Israeli Government Tourist Information Office in Tel Aviv (1956-1958).

Next, fate and opportunity took her life’s journey to Los Angeles, California, where she attended the University of Judaism (now American Jewish University) to pursue a degree in teaching Hebrew. She also met her future husband, Jerry Miller. They built a nest and filled it with two children.

In 1970, Erica went back to school where she graduated with a Ph.D. in clinical psychology. Shortly afterwards, by making good use of her drive and her husband’s marketing skills, they opened a chain of mental health clinics throughout Los Angeles and Orange County. In addition, they ran California Diversion Intervention Foundation, a non-profit organization.

Currently, in addition to public speaking, she is CEO of a family real estate business in Austin, Texas. She just authored her third book, “Chronologically Gifted: Aging with Gusto,” which reached international bestseller status on Amazon. Dr. Miller’s passion for life fuels her endless drive to achieve, which is just one of the three topics on her public speaking agenda that she shares at engagements around the country.