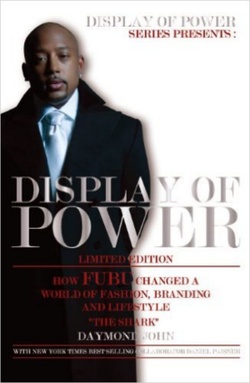 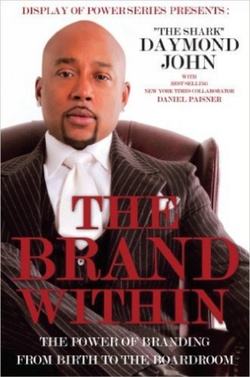 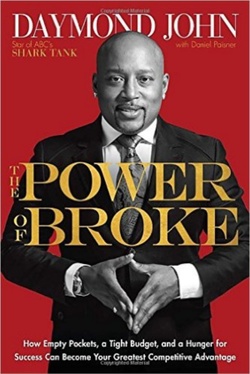 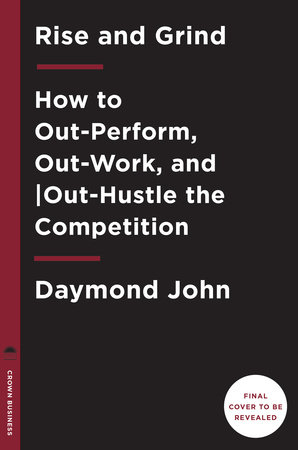 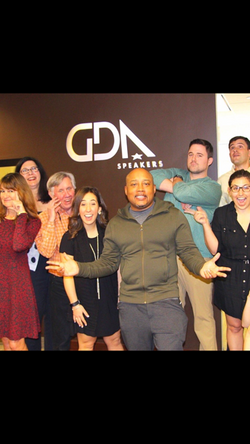 A young entrepreneur, industry pioneer and highly regarded marketing expert, as well as a man who has surpassed new heights of commercial and financial success, are just a few ways people have described Daymond John. Over the last 20 years, Daymond John (The Shark) has evolved from one of the most successful fashion icons of his generation to a highly sought-after branding expert, author, consultant, and as a speaker in business and motivational genres.

John’s creative vision and strong knowledge of the marketplace created one of the most iconic fashion brands in recent years. FUBU, standing for “For Us by Us,” represented a lifestyle that was neglected by other clothing companies. Realizing this need in the marketplace, John helped to create the untapped urban apparel space and laid the groundwork for other companies to compete in this newly established market.

John grew up in the community of Hollis, Queens, which was an incubator for stars of a new genre of music called Hip-Hop. With acts like RUN DMC, Salt-N- Peppa and LL Cool J rapidly making names for themselves, John was surrounded by people who gave him the inspiration to create a clothing line, which would ultimately change the fashion world.

Based on the early success of selling affordable tie-top hats, John recruited some of his neighborhood friends: Keith Perrin, J. Martin and Carl Brown, and FUBU was born. They created a distinctive FUBU logo and began sewing it on T-shirts, sweatshirts and hats. The brand hit a tipping point when John convinced Hollis native and Hip- Hop superstar, LL Cool J, to wear FUBU for a promotional campaign. This was the catalyst behind the Hip-Hop community supporting the new brand and instantly giving it credibility.

FUBU quickly became an international success and, in 2001, it grew almost 75 freestanding stores in countries such as Mexico, Korea, Saudi Arabia, South Africa, China and Japan. Acquiring and operating so many diverse products slowly made John an expert in marketing and branding. The media and large corporations alike quickly took notice and sought out John for interviews, consulting and speaking engagements.

In 2009, John joined the cast of the ABC entrepreneurial business show, Shark Tank, produced by acclaimed TV producer Mark Burnett. As one of the “Sharks,” John and four other prominent executives listen to business pitches from everyday people hoping to launch their company or product to new heights. Investing his own money in every project, John becomes partners with the entrepreneurs, helping turn their dreams into a reality. Millions of viewers tune into the show as he demonstrates his marketing prowess and entrepreneurial insights, which have earned him his nickname as “The Shark.”

Since his humble upbringing in Hollis Queens, John has never forgotten the importance of giving back, which is why the FUBU foundation has given away millions to various organizations.

In addition, as John grew to be a sought after speaker, his dedication to his company would not permit him the time to share his knowledge with as many people as he would of liked. Therefore, in 2005, John entered the literary world with his first book Display of Power: How FUBU Changed A World of Fashion, Branding, And Lifestyle, which tells the story of his awe inspiring journey and provides a roadmap for those who aspire to succeed in business and in life. John followed up with his second book, The Brand Within: How We Brand Ourselves, From Birth To The Boardroom, which examines the loyal relationships companies seek to establish with the public by attaching celebrities to their brands and the instantaneous impulses consumers exhibit when purchasing a product.

In recognition of his contributions to fashion and the face of American business, John has been celebrated with some of the most prestigious awards including: keys to over a dozen cities, Brandweek Marketer of the Year, the Advertising Age Marketing 1000 Award for Outstanding Ad Campaign, the first ever Essence Award given to a company, Crain's New York Business Forty Under Forty Award, Ernst & Young’s New York Entrepreneur of the Year Award, the Brandeis University International Business School’s Asper Award for Excellence in Global Entrepreneurship, the NAACP Entrepreneurs of the Year Award and the Congressional Achievement Award for Entrepreneurship, just to name a few.

Called "a driven, visionary leader" (Russell Simmons) who knows that "building your brand never stops" (Kim Kardashian), John acts as a seasoned guide to organizations striving to create an enduring brand. Arguing that branding relationships have seeped into every aspect of daily life, John's message draws on both his own experiences as an entrepreneur as well as his hardwon insights as a consultant to the world's most cutting-edge trendsetters and tastemakers.