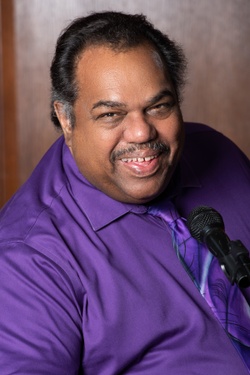 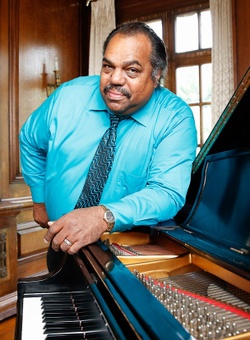 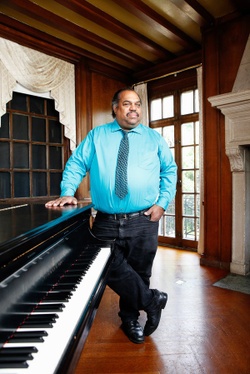 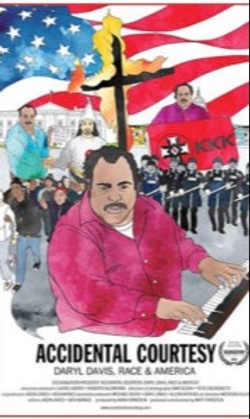 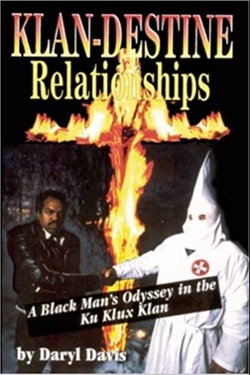 “How can you hate me when you don’t even know me?” As the only Black Cub Scout marching in an otherwise all-White parade, Daryl Davis formed that simple yet powerful question after he was pelted by rocks, bottles and soda pop cans by a handful of White spectators. This was his first encounter with racism at age ten. Pursuit of an answer led this career performing musician on a surreal journey stemming from a chance encounter with a man who turned out to be a member of the Ku Klux Klan. Seeking to understand, not to change minds or judge, Daryl actually built bridges with leaders from a group that professed hatred for him. Some came to quit the Klan and gave Daryl their robes and hoods when they did. In the process he has unearthed truths about conflict, hate, intolerance, and communication that are valuable today. His extraordinary journey is chronicled in his first book, Klan-Destine Relationships and the documentary about his encounters, Accidental Courtesy. As a speaker, Daryl’s impact on audiences is profound –his TEDx talk has over 11million views.

Daryl graduated from Howard University with his Bachelor of Music Degree. He has performed extensively with Chuck Berry, The Legendary Blues Band (formerly The Muddy Waters Blues Band), and many others. While music is his profession, improving race relations is his obsession. He is known to many as “The Rock'n'Roll Race Reconciliator.”

It started during a break between performances with a band at a bar one night. A man approached Daryl and remarked that this was the first time he had ever seen a Black man play piano like Jerry Lee Lewis. Daryl explained that both he and Lewis were influenced by Black Blues & Boogie-Woogie pianists, from which Rock'n'Roll and Rockabilly evolved. The man did not believe in the Black origin of Daryl’s piano style even after he said that Lewis was a friend who had shared this news with him. The man then shared news with Daryl – he was a member of the Ku Klux Klan.

This meeting, and those that followed, would lead Daryl on a journey all over America, meeting and interviewing leaders and members from KKK, neo-Nazi and Alt-Right groups at both his and their homes as well as their rallies. With his highly acclaimed, nonfiction book, Klan-Destine Relationships, Daryl become the first Black author to write a book on the Klan from in-person interviews. The award-winning documentary, Accidental Courtesy, details his journey and has been shown frequently on PBS. Daryl, who has been to 57 countries on 6 continents, is often selected by the U.S. State Department as a highly respected expert on race relations and conflict, to present programs in various countries around the world dealing with similar situations. His next book, The Klan Whisperer, will be released in 2021.

Daryl has been doing this work since 1983 and has become the recipient of numerous Klan robes & hoods and other racist symbols, given to him by people who once hated him when they didn't even know him. Now many of them have become his friends and supporters of his work. On the other side of spectrum, for his work in bridging race relations he is the recipient of numerous awards such as the American Ethical Union's prestigious Elliott-Black Award, Carnegie-Mellon's Carl Sagan Award & Prize, Tribeca Disruption Innovation Award, MLK Award, Search for Common Ground Award, Washington Ethical Society Bridge-Builder Award, among many others. He is often sought for commentary by CNN, MSNBC, ABC News, Newsweek, The Washington Post, The Atlantic, People magazine, and many other media sources.

In Daryl’s words, “Ever since I graduated from college in 1980 with my degree in music, I’ve been a full-time musician, traveling and performing all over America and around the world. What I’ve come to find to be the greatest, most effective, and successful weapon we can use to combat ignorance, racism, hatred, and violence, is also the least expensive weapon – and the one that is least used by Americans. That weapon is called communication. We can communicate with people in space but many of us have difficulty talking to the person who lives next door because of the color of their skin, their ethnicity, their religion, their orientation, their politics, etc. We are living with 21st century technology in Space Age times, but there are still too many of us with Stone Age minds.”

Daryl has come in closer contact with more members of the Ku Klux Klan than most White people, and certainly most Blacks, short of being on the wrong end of a rope. What's more surprising? He intentionally continues to do so because as he says, “Ignorance breeds fear. If you do not keep that fear in check, that fear will breed hatred. Because we hate those things that frighten us. If you do not keep that hatred in check, that hatred in turn will breed destruction because we want to destroy those things that we hate. Why? Because they frighten us.”

When he speaks, Daryl Davis’s impact on an audience is sobering yet inspirational. More than a few members in every audience remember and ask him about the fictional character inDave Chappelle’s comedic skit in which he plays a blind Klansman who didn't know he was Black and attends Klan rallies. Daryl shares stories that would be comical, if he weren’t putting his life on the line for a purpose. Truth is indeed stranger than fiction might ever be in Daryl’s case. People will also point out how courageous Daryl was to actually turn up at Klan rallies himself. Inevitably they bring up Spike Lee’s film BlacKkKlansman. That film depicts a Black police officer who infiltrated the KKK over the telephone and would send a White subordinate officer to Klan rallies in his place to gather damning intelligence against the Klan. The difference is not lost on the audience. Daryl had his feet on the ground in the lion's den and tells the story first-hand.

Through his work, Daryl has discovered a successful method of transforming enemies into friends. His stories of his encounters with – and transformations of – White supremacists have inspired people all over the U.S. and abroad. His audiences leave his presentations empowered to:

In addition to his career as a performing musician, Daryl is the owner of Lyrad Music, a music publishing and licensing business. He is also an actor of stage and screen and has appeared in HBO's highly acclaimed series The Wire.