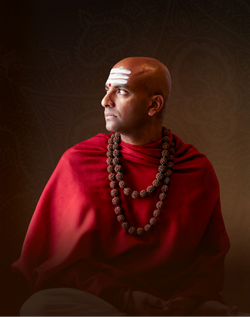 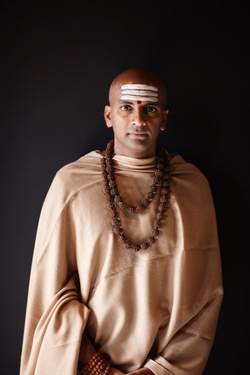 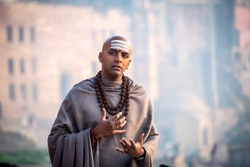 Dandapani is a Hindu priest, entrepreneur and a former monk of 10 years. After graduating university with a degree in Electrical Engineering he left it all behind to become a Hindu monk under the guidance of one of Hinduism’s foremost spiritual leaders of our time, Sivaya Subramuniyaswami. For 10 years he lived a life of serious personal discipline and training at his guru’s cloistered monastery in Hawaii.

When his vows expired, he chose to venture out into the world making New York City his home. He works with entrepreneurs and some of the top athletes in the world in helping them understand and leverage their mind so that they can be the best at what they do. He does this by empowering them with tools and teachings that have been used by Hindu monks of his tradition for thousands of years. Among his clients are companies such as Fortress Investment Group, ICONIQ, McKinsey, Ribbit Capital, Red Ventures, Sprinklr, Nike, Trivago, AMEX, Bloomberg LP, and more.

His TEDx talk has over 5.6 million views and both his GoalCast videos garnered over a total of 75 million views in just five months. He and his wife are also passionately creating a 33-acre Hindu spiritual sanctuary and botanical garden in Costa Rica to further their mission.