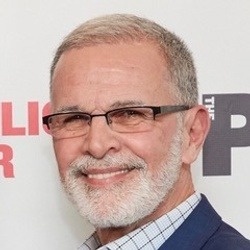 As an actor, Cuban-born,Tony Plana, has performed in more than 70 feature films. Current recurring roles include the comedies One Day at a Time, Super Store as well as the dramas, The Affair with Anna Paquin. Start Up , The Punisher with Jon Bernthal, Madam Secretary, Lethal Weapon, Colony, Alpha House, Elementary, The Fosters, and The Blacklist.

Tony Plana also starred as Ignacio Suarez, the widowed father to America Ferrera’s Ugly Betty, in ABC’s landmark, groundbreaking hit series for which he received the 2006 Golden Satellite Award from the International Press Academy, an Imagen Award, and an Alma Award. Ugly Betty received the highest ratings and the most critical acclaim of any Latino-based show in the history of television, most notably 11 Emmy nominations and a Golden Glove Award for best comedy.

In 2005, Tony was honored as Educator of the Year by Loyola Marymount University’s Department of Education. In 2008 he was awarded Loyola High School’s Cahalan Award as a distinguished alumnus and a Lifetime Achievement Award by the Imagen Foundation. In 2009 the HOLA organization honored him with the Raul Julia HOLA Founders Award for excellence. In 2010, Mayor Antonio Villaraigosa selected him as worthy of one of the highest honors bestowed by the City of Los Angeles, The Dream of Los Angeles Award for his contributions to the media arts and education. He is the proud recipient of the 2013 ALMA Lifetime Achievement Award from the National Council of La Raza, the National Association of Latino Independent Producers’ Lifetime Achievement Award for 2016, and the 2018 Nosotros Lifetime Impact Golden Eagle Award.

He is currently an affiliate faculty member of the Center for Equity for English Learners at Loyola Marymount University School of Education.