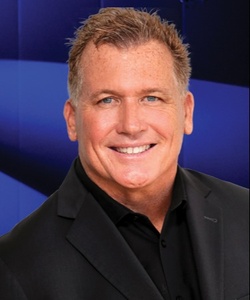 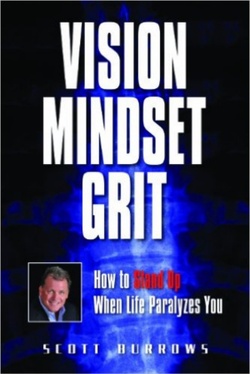 If you are searching for a powerful, engaging and thought-provoking motivational keynote speaker who can set the tone for your entire conference and challenge your audience while adding takeaway value with high energy, humor and substance — or a closing speaker who can inspire and move your conference attendees into action — put Scott at the top of your list!

Scott's story is the hero's journey. By the age of 19, he played college football at Florida State University as a walk-on wide receiver for legendary coach Bobby Bowden and was a top-ranked kick-boxing Black Belt champion whose last fight was broadcast by ESPN. During that time, Scott's life changed dramatically on November 3, 1984, he survived a horrendous automobile accident as a passenger in a friend's car and broke cervical 6 and 7 vertebrae in his neck that left him paralyzed from the chest down and diagnosed a quadriplegic. Told he would be confined to a wheelchair for the rest of his life, Scott realized his split-second decision to not wear a seat belt altered his course forever.

Despite his grim diagnosis, Scott refused to be sidelined. After graduating from college, Scott's first career was as a Financial Advisor in the Insurance and Financial Industry for Northwestern Mutual. He specialized in life and disability insurance planning as well as retirement, estate and wealth planning. In his 5th year, he hit a huge goal and qualified for the prestigious Million Dollar Round Table (MDRT), the Premiere Association of Financial Professionals, which is a 100% commission-driven sales production award that fewer than 8% of his peers qualify for annually from more than 500 companies in 70 countries.

At the pinnacle of that career, Scott experienced yet another setback, a second automobile accident. Although he was buckled in this time, new injuries forced him to RE-evaluate, RE-invent and once again RE-ignite his life by practicing and executing what he preaches. During his recovery, Scott reminisced about the overcoming adversity speakers he heard at sales and leadership conferences. Their life-changing stories inspire you to chase your dreams regardless of obstacles or barriers. That's when Scott decided he would make the tough decision to leave an industry he had so much passion for to pursue a speaking career that has taken him around the world. He also took advantage of a once-in-a-lifetime opportunity to help expand his brother's multimillion-dollar golf course fertilizer, chemical and equipment business into Southeast Asia.

Scott is also the author of Vision Mindset Grit! In the Foreword, Scott's father defined those three empowering words: Vision refers to your goals and aspirations, the endpoint you are seeking. Mindset is the continual mental preparation and adjustment needed to meet oncoming challenges. Grit is the day-to-day determination to persevere when you are too tired, too sore or too beleaguered to continue on.

Scott has delivered his story in 45 states and in such countries as Australia, Spain, India, Thailand, Bermuda, Costa Rica, Mexico, the Czech Republic and Canada, as well as to our soldiers at the Minot Air Force Base.