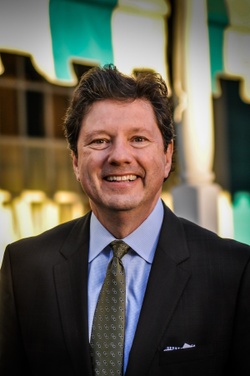 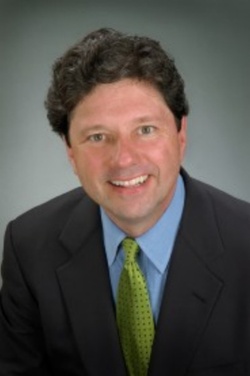 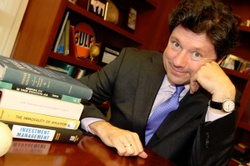 Peter Ricchiuti (Ri-Chooty) is the business professor you wish you had back in college. His humor and insight have twice made him the top professor at Tulane University’s Freeman School of Business. In a recent competition, Peter’s teaching delivery skills placed atop a field of 500 universities representing 43 countries.

Peter is a graduate of Babson College, started his career at the investment firm of Kidder Peabody & Co and later served as the assistant state treasurer for Louisiana. There he successfully managed the State’s $3 billion investment portfolio.

In 1993 he founded Tulane’s nationally acclaimed Burkenroad Reports student stock research program (www.burkenroad.org). Here he leads 200 business students in search of overlooked and underpriced stocks in six southern states. He and his program have been featured widely in the financial press including; The Wall Street Journal, BARRON’s and The New York Times.

In 2014 The Financial Times published Peter’s first book, Stocks Under Rocks and he currently hosts a popular weekly business program called Out To Lunch on National Public Radio in New Orleans.

He served as a director of Amedisys, Inc. (AMED/NASDAQ), the nation’s largest home healthcare company (1997-2015). During this period the stock rose by about 1000%.

From Jackson Hole to Jupiter, Peter has addressed more than 1100 groups in 47 states and several countries. He has been featured in BARRON’S, Kiplinger’s, The New York Times and The Wall Street Journal. He also hosts a popular weekly business show on National Public Radio in New Orleans called “Out To Lunch.”

Peter is a husband, dad and author who has attended baseball games at all 30 current major league ballparks.