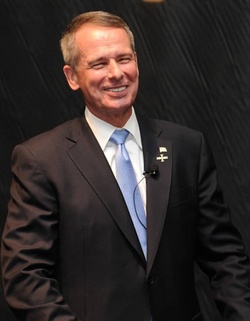 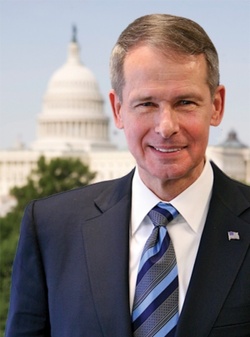 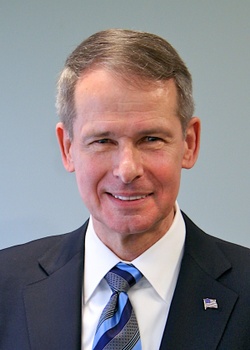 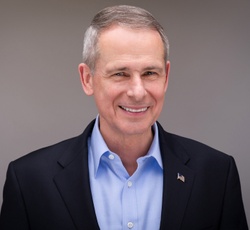 General Peter Pace retired from active duty on October 1, 2007, after more than 40 years of service in the United States Marine Corps.

General Pace was sworn in as sixteenth Chairman of the Joint Chiefs of Staff on Sep. 30, 2005. In this capacity, he served as the principal military advisor to the President, the Secretary of Defense, the National Security Council, and the Homeland Security Council. Prior to becoming Chairman, he served four years as Vice Chairman of the Joint Chiefs of Staff. General Pace holds the distinction of being the first Marine to have served in either of these positions.

Born in Brooklyn and raised in Teaneck, NJ, General Pace was commissioned in June 1967, following graduation from the United States Naval Academy. He holds a Master of Science Degree in Administration from George Washington University, attended the Harvard University Senior Executives in National and International Security program, and graduated from the National War College.

In June, 2008, General Pace was awarded the Presidential Medal of Freedom, the highest civilian honor a President can bestow.

General Pace is currently serving on the Board of Directors of several corporate entities involved in management consulting, private equity, and cybersecurity. He has served on the President’s Intelligence Advisory Board, and the Secretary of Defense’s Defense Policy Board. From 2008 to 2010, he served as leader-in-residence and the Poling Chair of Business and Government for the Kelley School of Business, Indiana University, and as a Distinguished Visiting Research Scholar for Fordham University from 2011 to 2017. General Pace donates his time to teach at numerous professional military education programs, to include the Marine Corps and other services’ war colleges, and every class of Marine second lieutenants at The Basic School.

General Pace is associated with a number of charities focused on supporting the troops and their families, to include: He is a long-standing member of the Board of Directors for the Marine Corps Law Enforcement Foundation, a charity that provides scholarship bonds to children of Marines or Federal law enforcement personnel who were killed while serving our country. He is the senior military adviser to the President George W. Bush Institute’s Military Service Initiative, which works to empower communities, military service organizations, businesses, and universities to support veterans and their families. He and his wife Lynne are longtime supporters of the Fisher House Foundation, which builds homes near VA and military medical centers, offering military families a place to stay while a loved one is receiving treatment; and they are both on the advisory board for Our Military Kids, an organization that supports children of deployed Guard and Reserve personnel with tutoring and enrichment activities.

General Pace and his wife, Lynne, have a son, Peter; a daughter, Tiffany; a daughter-in-law, Lynsey Olczak Pace; and three grandchildren, Linden, Hadley, and Holden Pace.