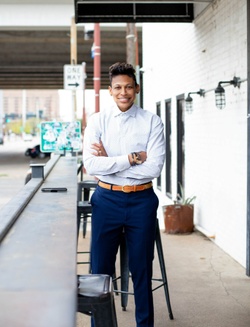 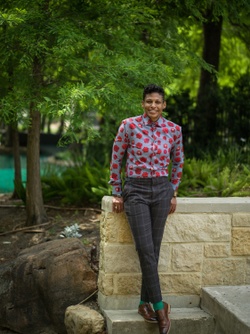 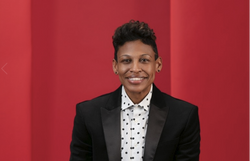 You’ll know it when Khaliah O. Guillory walks into a room. It’s a magical feeling that you have to see to understand. She lights up space with her bona fide, bountiful energy - the kind of energy you can feel from your head to your toes. When you meet her, you’ll understand why she’s won so many awards. When you hear her speak on stage, you’ll get why she’s been invited to so many events. She’s one in a million.

Khaliah O. Guillory (KOG), she worked her way from banker to a C-level executive at a Fortune 100 company that oversaw a $1 billion-dollar book of business and over 220 employees. While Vice President of Wachovia Bank, she served as one of the founding members of the Diversity Council, influencing positive change at the company. During this time, the organization saw a retention increase of approximately 35 percent due to her leadership. After leaving Corporate America, Khaliah’s phone started ringing off the hook and hasn’t stopped.

An avid napper, Guillory is obsessed with sleep so much, she founded Nap Bar™, the first of its kind, white-glove, artificial intelligence wellness experience in the world. Nap Bar offers communities and companies onsite and en-suite rest sanctuaries to help reduce sleep deprivation, increase mindfulness and alertness.

Guillory has secured strategic partnerships with but not limited to Mercedes-Benz, William-Sonoma, and WNBA.

In 2015, Guillory founded KOG & Co., a boutique firm that partners with corporations to transform human emotion through inclusion, equity, culture, wellness, and employee engagement experiences. Guillory is an award-winning speaker chosen to deliver the 2018 MBA Commencement Speech at the University of Houston-Downtown. She has been featured in a plethora of national media outlets including Forbes, Huffington Post, Essence, Houston Business Journal, Fox News, ABC and NBC, respectively.

Khaliah has inspired companies like Microsoft, Wells Fargo, Shell, NASA and LinkedIn by bringing new thought leadership to the table. She is an energetic professional speaker and a passionate promoter of diversity and inclusion. She believes that each employee can reach their greatest potential in a supportive and conscious inclusive environment and has built training workshops to help companies increase productivity.

In 2011, Guillory founded The Cynthia A. Guillory Foundation (CAG) to pay homage to her mother, Cynthia, who lost the fight against ALS also known as Lou Gehrig’s disease in 2002. Guillory promised her mother to continue her legacy through the gift of giving and increase ALS awareness. Despite the global pandemic, CAG hosted the 9th Annual Giving Tree, raised nearly $16,000 and paid off over 130 layaways for underrepresented families in Houston, TX. In 2021, CAG hosted the 10th Annual Giving Tree, and took 40 deserving 4th graders from Lockhart Elementary School in Sunnyside, TX on a holiday field trip. Each student was gifted $500 to shop!!!

Guillory was born and raised in Port Arthur, Texas. She is a lover of 80s music, travel junkie, vinyl collector, obsessed with socks, sunglasses, and watches! She is a member of Delta Sigma Theta Sorority, Inc., and a recipient of the prestigious Houston Business Journal’s “40 Under 40” Award.

Based on her philanthropy work in the community, Houston's, Mayor Sylvester Turner, declared October 29th as Khaliah O. Guillory Day.