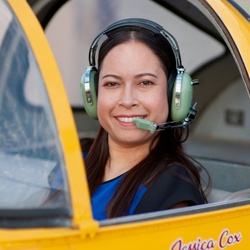 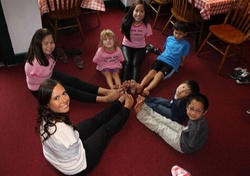 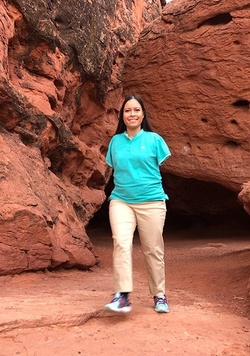 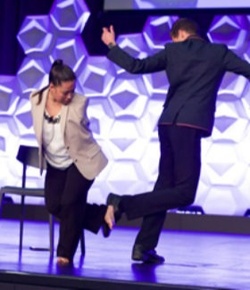 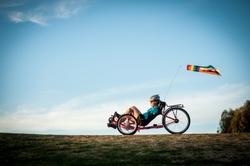 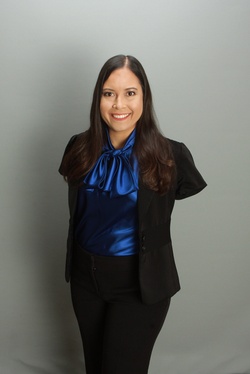 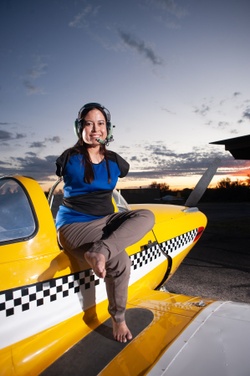 Jessica is recognized internationally as an inspirational keynote speaker. Born without arms, Jessica now flies airplanes, drives cars, and otherwise lives a normal life using her feet as others use their hands. She holds the title of the first person without arms to earn a black belt in ATA Martial Arts and the Guinness World Record for being the first armless person in aviation history to earn a pilot’s certificate. Convinced that the way we think has a greater impact on our lives than our physical constraints, Jessica chose to pursue a degree in psychology at the University of Arizona. Since then she has traveled to 26 countries on six continents sharing her inspirational message.

Born in 1983 in Sierra Vista, Arizona, Jessica has learned to live her life with her feet. There were many questions at the time about whether Jessica would be able to live a “normal” life. However, Jessica’s father has said he never shed a tear about her birth condition. He had full confidence in her potential. With the support of her parents and family, Jessica became confident in herself as an adult and continued to explore the world with her feet.

Jessica’s parents eventually met a Taekwondo instructor named Jim Cunningham. His response, when told of Jessica’s birth condition, was that she would be more than physically able to participate and that only her attitude could hold her back. At the age of 14, Jessica earned her first black belt in the International Taekwondo Federation.

After graduating from high school, Jessica attended the University of Arizona, where she earned a bachelor’s degree in psychology. When talking about her degree, she frequently explains that psychology credits the way people think with having a greater impact on their lives than a physical limitation.

During college, Jessica joined an ATA Martial Arts club and resumed training in the sport of Taekwondo. Even though Jessica already had one black belt in a different style, she had to relearn all new material for the ATA system. The instructors created a standardized curriculum that would be accessible to any future armless students. Jessica then became the first armless person to earn a black belt in the ATA.

Jessica’s most famous accomplishment was learning how to fly. It took three states, four airplanes, three flight instructors, and three years to find the right aircraft: a 1946 415C Ercoupe Airplane. In 2008 Jessica earned her Light Sport Pilot Certificate. She received the Guinness World Record for being the first person certified to fly an airplane with only their feet in 2011.

In May 2012, Jessica married in the beautiful city of South Pasadena, CA. In the fall of that same year, Jessica became a Goodwill Ambassador for Humanity and Inclusion, a Nobel Peace Prize winning NGO and advocated for disability rights in Ethiopia, the Philippines, Nepal, and the US Senate.

Flying continues to be a passion for Jessica as she attends many of the largest aviation events in the world. Along the way, she has been recognized for numerous awards including Inspiration International from the Inspiration Awards for Women, UK, and a distinguished speaker award from Egypt’s President at the World Youth Forum in 2019.

In 2019, a generous fan donated a 1946 415C Ercoupe with tail number N26R (“two-six-romeo”) for Jessica’s use. With an 85 horsepower engine, two seats for pilot and a copilot/passenger, a cruising speed around 90 miles per hour, and a flying time a little over three hours, N26R is a fair weather airplane designed primarily for local daytime flights. Despite the performance limitations, Jessica plans to fly N26R to airshows across the USA to show that “disability does not mean inability.”