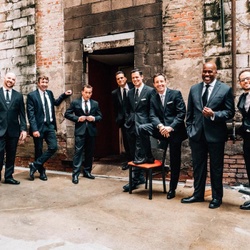 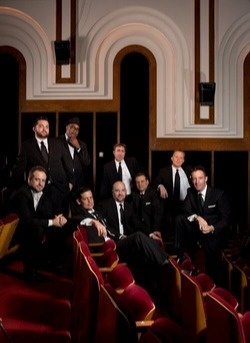 Critically-acclaimed comedy group Four Day Weekend is the longest-running show in the southwest.Voted Best Comedy and named “Best Entertainment Experience in Texas,” Four Day Weekend is a Fort Worth institution. They’ve been called “Fort Worth’s Greatest Ambassadors”, have been awarded the Key to the City, and have performed for two U.S. presidents and delivered a keynote address to the United States Congress.

Four Day Weekend's trade secret is quite simple: We listen very well and have trained our brains to build on the pertinent information of our partners. Nobody’s suggestions are any better or worse than anyone else’s, and there are no bad or wrong ideas - only higher- and lower-percentage choices. We strike the word “No” from our vocabulary and replace it with a technique called “Yes, and,” ultimately building on the ideas of our partners and creating a team effort that elicits everyone’s buy-in so all have a vested interest in its success.

Four Day Weekend lives these philosophies both on and off the stage. Using the tenets and philosophies that worked so well during performances, we have grown our show into a company that has a corporate communication division, a five-level training center, touring company, television and film arm, and a children’s toy company, in addition to becoming keynote speakers and authors.