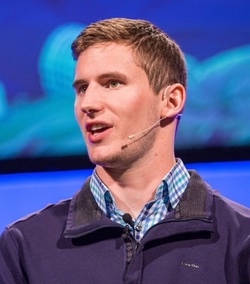 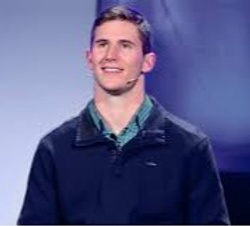 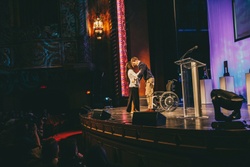 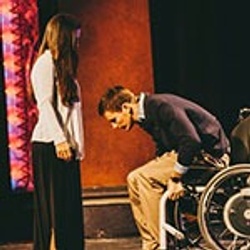 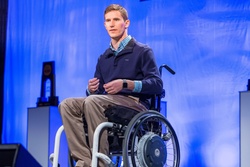 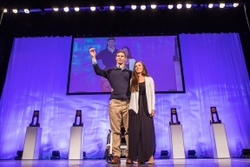 Three years later, Chris attempted another incredible feat – this time, perhaps the most important walk of his life - down the aisle with his wife, Emily. As with his Graduation Walk, Chris prepared relentlessly, spending four hours per day in the gym. Chris and Emily joyfully conquered the challenge and walked seven yards down the aisle after their wedding ceremony. Seven yards symbolized the seven-year anniversary of his injury. Their beautiful story once again captured the heart of the world, with coverage ranging from nearly all of the top-tier U.S. media outlets to media in Germany, Italy and London, to name a few.

Chris is a well-respected motivational speaker and speaks at numerous events across the country. He was recently named to the ITA Group’s 2018 Hottest Keynote Speakers List, alongside Michael Strahan, Magic Johnson and Mark Cuban. Chris’ message focuses on the fact that we all face challenges, but our circumstances don’t define us – we do. With inspiring anecdotes and positive action steps, Chris connects with his audience in a genuine, entertaining and impactful way. His message resonates with all of us: adversity is universal, but we all have the Power to Stand. Additionally, Chris has written a book; he and Emily are working on their second book; and a documentary is being made about them.

Chris created the Chris Norton Foundation, which is a nonprofit organization dedicated to helping people with spinal cord and neuromuscular disabilities by providing opportunities that would not otherwise exist. This is achieved through supporting the purchase of rehabilitation equipment for organizations/facilities and providing services and scholarships for camp programs. To date, the Chris Norton Foundation has raised just under $1 million dollars.

Chris and Emily have five foster children under 8 years old. They are both deeply committed to providing a safe, loving home for children in need. In late December, they were fostering a 3-year old, and were approached about fostering a group of four siblings. The only way they would be approved for the placement was to buy a bigger vehicle. So, without hesitation, they purchased a “new” used vehicle that would fit everyone. They are truly a remarkable couple, who positively impact those around them.