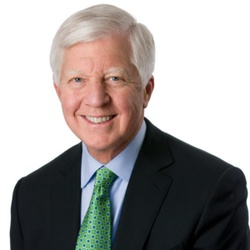 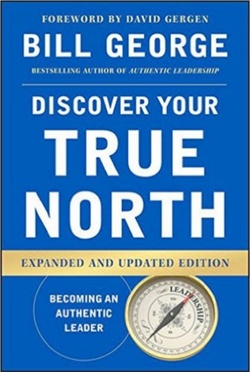 Mr. George currently serves as a director of Goldman Sachs and The Mayo Clinic. He has served recently on the boards of ExxonMobil, Novartis, Target Corporation and Minnesota’s Destination Medical Center Corporation. He is currently a trustee of World Economic Forum USA, and has served as board chair for Allina Health System, Abbott-Northwestern Hospital, United Way of the Greater Twin Cities, and Advamed.

In April 2014 the Franklin Institute awarded him the Bower Award for Business Leadership. He was elected to the National Academy of Engineering in 2012. He has been named one of "Top 25 Business Leaders of the Past 25 Years" by PBS; "Executive of the Year-2001" by the Academy of Management; and "Director of the Year-2001-02" by the National Association of Corporate Directors. Mr. George is a CNBC Contributor and has made frequent appearances on television and radio.

He received his BSIE with high honors from Georgia Tech, his MBA with high distinction from Harvard University, where he was a Baker Scholar, and honorary PhDs from Georgia Tech, Mayo Medical School, University of St. Thomas, Augsburg College and Bryant University. During 2002-03 he was professor at IMD International and Ecole Polytechnique in Lausanne, Switzerland, and executive-in-residence at Yale School of Management.

He and his wife Penny reside in Minneapolis, Minnesota.