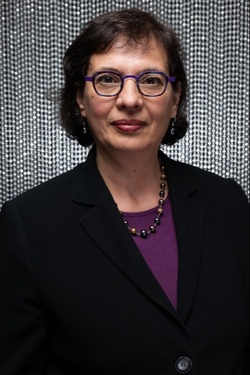 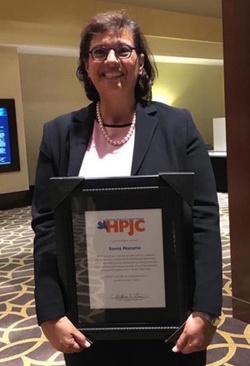 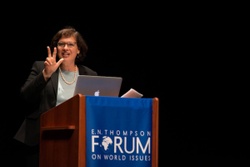 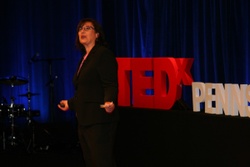 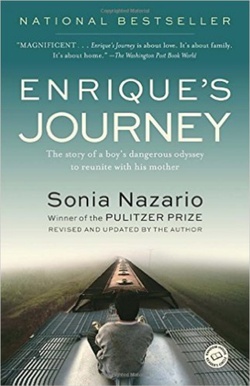 Sonia Nazario is an award-winning journalist whose stories have tackled some of this country’s most intractable problems -- hunger, drug addiction, immigration -- and have won some of the most prestigious journalism and book awards.

She is best known for "Enrique's Journey," her story of a Honduran boy’s struggle to find his mother in the U.S. Published as a series in the Los Angeles Times, "Enrique's Journey" won the Pulitzer Prize for feature writing in 2003. It was turned into a book by Random House and became a national bestseller.

Her recent humanitarian efforts to get lawyers for unaccompanied migrant children led to her selection as the 2015 Don and Arvonne Fraser Human Rights Award recipient by the Advocates for Human Rights. She also was named a 2015 Champion of Children by First Focus and a 2015 Golden Door award winner by HIAS Pennsylvania. In 2016, the American Immigration Council gave her the American Heritage Award. Also in 2016, the Houston Peace & Justice Center honored her with their National Peacemaker Award.

Nazario, who grew up in Kansas and in Argentina, has written extensively from Latin America and about Latinos in the United States. She has been named among the most influential Latinos by Hispanic Business Magazine and a “trendsetter” by Hispanic Magazine. In 2012 Columbia Journalism Review named Nazario among “40 women who changed the media business in the past 40.” In 2020, Parade Magazine named Nazario one of “50+ Most Influential Latin-American Women in History.”

She is a graduate of Williams College and has a master’s degree in Latin American studies from the University of California, Berkeley. She has honorary doctorates from Mount St. Mary’s College and Whittier College. She began her career at the Wall Street Journal, and later joined the Los Angeles Times. She is now at work on her second book.