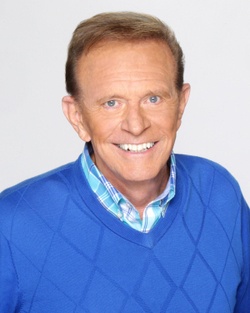 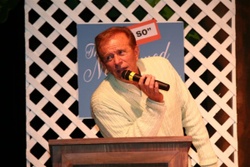 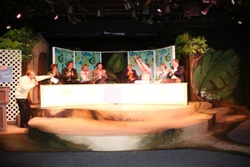 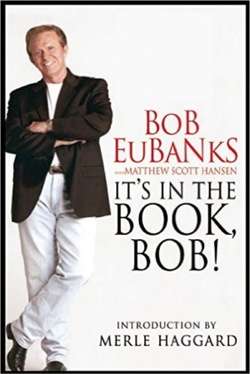 Bob Eubanks He's One of a Kind!

Bob was one of the top rock ‘n roll dee-jays in Los Angeles at the number one radio station for seven years.

In 1972, he entered the world of country music. For ten years he was the exclusive promoter for country star Merle Haggard. During that time he also managed and crafted the careers of Dolly Parton, Barbara Mandrell, and Marty Robbins.

Eubanks is the only living person to have promoted the Beatles’ concerts all three years they toured America. He also produced some of the biggest concerts ever, including The Beatles, The Rolling Stones, and Bob Dylan just to name a few. He was one of the top television producers, having produced network and syndicated game shows and variety shows. He has hosted some of television’s most successful daytime programs, such as The Newlywed Game and Card Sharks. He is the only game show personality to host the same format with original programming for five decades. TV Guide named him one of the Top Five Game Show Hosts of all time. He’s won nine Emmys, including a Lifetime Achievement Award, and the industry’s Golden Mic Award. Bob became the last person to receive a star on the Hollywood Walk of Fame in the twentieth century. He’s definitely one of a kind!

Currently, Bob is a highly demanded Keynote Speaker to corporate America. Speaking to such companies as Southwest Airlines, John Hancock Insurance, and Wells Fargo Bank, Eubanks shares his unique business philosophy to corporate America, which has made him one of the most successful entrepreneurs in the entertainment industry.

For 38 years Eubanks hosted the Emmy Award-winning Tournament of Roses Parade for Tribune Broadcasting and the Hallmark Channel. His ratings were consistently twice those of the other channels combined.

Bob has produced television shows for all four of the major networks and for the syndicated market. Producer credits include: The Toni Tennille Show, Buddy Hackett's You Bet Your Life, All Star Secrets, The Guinness Game, and Infatuation. Motion picture producer credits include Payback, and the soon to be released soccer film Goals to Glory.

In 1964, 1965 and 1966, Eubanks produced The Beatles concerts at the Hollywood Bowl and Dodger Stadium. This was the start of a 20-year concert promotion career that made him one of the most successful concert promoters in America.

Oh, and by the way… he’s a heck of a cowboy. I guess he really is ONE OF A KIND!