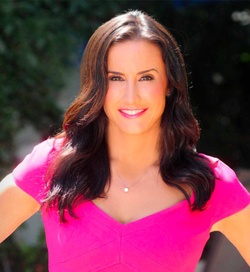 Throughout Kim’s career as an entrepreneur, executive, investor, founder and CEO, she learned that Execution was the one skill you had to master to be successful. Kim’s life has been transformed by this one skill and she’s made millions by mastering it. Now she wants to teach you how to master it too. Take her free, fun and short success quiz today and find out which of the traits of execution you lead with.

Kim’s career started in 1999 at Xdrive, an Internet start-up in Los Angeles that was a precursor to Dropbox. She quickly rose to Director of Marketing & Sales, managing a team of 20 plus and generating more than $10 million in revenue in nine months. When Xdrive went bankrupt, Kim found herself unemployed but had discovered her passion for the internet. She channeled that passion into starting her own company, Frontline Direct, a digital-marketing firm. From its modest beginnings at her kitchen table in Hawaii in 2003, Kim grew Frontline to more than $100 million in annual revenue.

That success and Kim’s leadership abilities drew the attention of Adconion Media Group, a global digital media company, which acquired the company in 2008 and appointed Kim CEO in 2010. In 2014, Kim executed the sale of Adconion Direct to Amobee, a subsidiary of SingTel, a $50 billion dollar telecommunications company in Singapore. Yet throughout these changes, she dedicated herself to creating outstanding workplace cultures, a run that continues today. In 2016, Amobee was named one of Fortune Magazine’s Top 10 Places to Work in Marketing & Advertising.

Kim is passionate about women in business and writes, speaks, and is interviewed regularly on leadership, marketing technology, and entrepreneurship. Her achievements as a leader and entrepreneur have been widely recognized and covered in the media, including profiles in The New York Times, CNN Money, and Forbes. Her professional honors include being named Entrepreneur of the Year by Ernst & Young and Entrepreneur of the Year by the National Association for Female Executives.