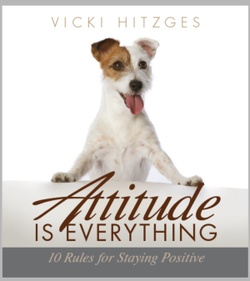 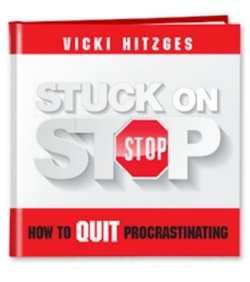 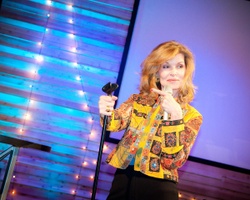 Fresh out of college, Vicki Hitzges landed a dream job working in the Dallas Cowboy’s front office. That job led to a career as a Dallas TV news anchor where she had the privilege of interviewing five U.S. Presidents--Ronald Reagan, Jimmy Carter, both George and George W. Bush, and Bill Clinton. She attributes her ability to relate to audiences today because she had to think fast and talk to everyone from politicians to business moguls to movie stars under the pressure and bright lights of major-market TV newscasts.

Later, as a publicist, Vicki worked to get clients featured in the news. One of her clients, motivational guru, Zig Ziglar, admired Vicki’s creativity, urged her to speak and personally mentored her. Within three months, she’d spoken around the world.

Her first book, Attitude Is Everything—Ten Steps to Staying Positive sold out the first day it was released. It's since sold tens of thousands of copies internationally. Her second book, Stuck on Stop—How to Quit Procrastinating may top the first book’s sales!

Vicki’s spoken across the U.S. and as far away as Qatar, New Zealand, Panama and Thailand.