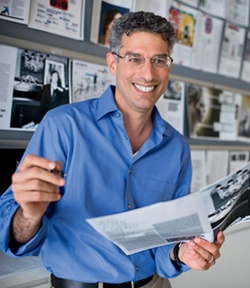 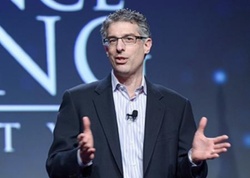 Highlighting the Future of Business

Robert Safian is one of the most sought after speakers, moderators and interviewers in modern business by chronicling thousands of odds-defying organizations and leaders, getting inside access to their secrets of success. He synthesizes their lessons into insightful and thoroughly entertaining presentations filled with compelling storytelling. Robert Safian is Editor-in-Chief and Managing Director of the influential, award-winning business magazine Fast Company, the world's leadingprogressive business media brand, with a unique editorial focus on innovation, technology and leadership. Written for, by, and about the most creative business leaders, Fast Company and its affiliates inspire people to think beyond traditional boundaries and embrace a future that is evolving more rapidly than ever. Under Safian's leadership, Fast Company has received numerous accolades, including the highly coveted National Magazine Award for Magazine of the Year in 2014. Named Editor of the Year by Adweek in 2009, Safian has also served as an executive editor for Time and Fortune and headed Money as its chief editor for six years. Safian has emerged as a leading voice in the Innovation Economy, propelled by a reputation for near-clairvoyant prediction. He was the first editor to put Facebook's Mark Zuckerberg on a magazine cover and covered Airbnb, Netflix and Uber long before they were household names. Whether assessing a startup in Detroit or the tech scene in Palo Alto, an innovator in Shanghai or an iconoclast in Cape Town, Safian is constantly translating what is cutting-edge to the mainstream. By presenting stories of the people behind innovative business thinking, he provides hope to millions of talented professionals, entrepreneurs and leaders that meaningful change is possible. Safian stewards several of the most groundbreaking business gatherings, including The Innovation Festival in New York City and the Creativity-Counter Conference in Los Angeles. He has conducted onstage interviews with many of the world's most intriguing leaders including Serena Williams, Chelsea Clinton, Princess Reema Bint Bandour of Saudi Arabia, Dwayne "The Rock" Johnson, Sarah Jessica Parker and the CEOs of Pepsico, Chobani, Pixar, Nike, Under Armour, J Crew, Warby Parker and more. He has been a keynote presenter at events ranging from SxSW Interactive to the United Nation's Global Accelerators Council, the National Retail Federation's "Big Show" to the Cannes Lions Advertising Festival. He is a frequent guest on CBS, CNN, CNBC, MSNBC and other TV networks. In addition to all of Safian's wide experiences, pool of knowledge, and deft storytelling skills, he is also warm, approachable, and an expert at working with event organizers to personalize his presentations for each audience.