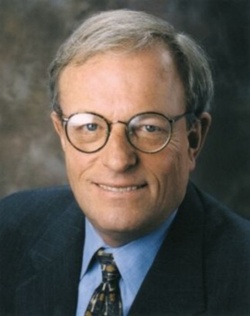 Richard Hokenson Expert in Implications of Demographics for Economies and Investments

Richard F. Hokenson founded his own independent consulting firm in May 2002. He specializes in the analysis and forecasting of global demographic trends and their associated economic, industry and investment implications. He has had numerous consulting arrangements, the most recent as Senior Managing Director of Global Demographics for Evercore ISI. Other notable relationships include being affiliated with the Gerson Lehrman Group, the CLSA (Credit Lyonnais Securities Asia) University Program as well as a member of the Chartered Financial Analyst Speaker Bureau. He has also provided consulting services to private equity firms, industry groups and numerous money management companies. Prior to starting his own consulting company, Richard was the Director of the Global Demographics Project at Credit Suisse First Boston. Before joining CSFB in the November 2000 merger, he was the Chief Economist at Donaldson, Lufkin & Jenrette where, since 1978, he pioneered the application of demographics to economic and financial market forecasting. Prior to DLJ, Richard served as senior economist at Merrill Lynch Economics from 1976 to 1977 and before that held the same position at Data Resources Inc. from 1973 to 1976.

Richard holds an undergraduate degree in economics with honors from the University of California at Berkley and an M.A. in Economics from the University of Michigan. He did his Ph.D. research at New York University. Besides material published by Evercore ISI, CLSA, DLJ and CSFB, his written works include “Demographic Trends and the Impact on Municipal Finance” published in the Municipal Finance Journal (Winter 1994), “The Demographics of Global Investing” published in The Global Guide to Investing (Financial Times Press, September 1995) and “Migrant Labor” published in The China Economic Quarterly (September 2005).