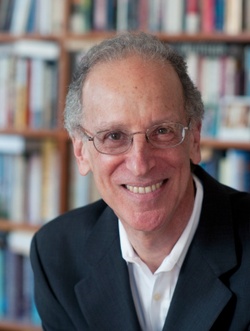 Randy Cohen’s first professional work was writing humor pieces, essays, and stories for newspapers and magazines (The New Yorker, Harpers, the Atlantic, Young Love Comics). His first television work was writing for "Late Night With David Letterman" for which he won three Emmy awards. His fourth Emmy was for his work on Michael Moore’s "TV Nation." He received a fifth Emmy as a result of a clerical error, and he kept it. For twelve years he wrote "The Ethicist," a weekly column for the New York Times Magazine. His most recent book, "Be Good: how to navigate the ethics of everything," was published by Chronicle. He is currently the creator and host of Person Place Thing, a public radio program.