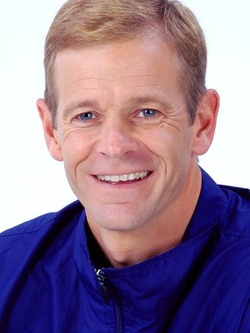 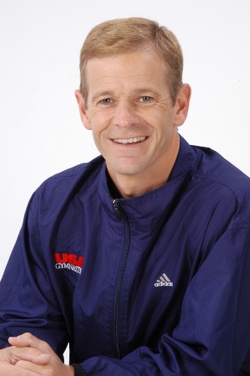 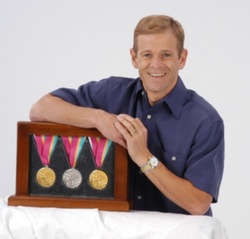 Peter Vidmar is a powerful and entertaining speaker at corporate meetings and trade shows. With over two decades of experience for hundreds of corporations and professional associations, Peter has helped people throughout the country realize and fulfill their own potential. In his inspiring, humorous, and entertaining presentations, Peter discusses the three components of a perfect score in gymnastics - Risk, Originality and Virtuosity (ROV) - and how these principles apply to success in business and life. His message brings something unique and refreshing to the corporate arena.

Peter Vidmar is the highest scoring American gymnast in Olympic history. The winner of numerous national and international titles, he finished his successful career at the 1984 Olympic Games. As the USA men's gymnastics team captain, he led his teammates to America's first ever team gold medal, with their stunning upset victory over the defending world champions, the People's Republic of China. He went on to win the silver medal in the individual all-around competition (the first American to have won an Olympic All-Around medal), and with a perfect score of 10, captured the gold medal on the pommel horse.

Peter continues to contribute to the Olympic movement today. He is the Chairman of the Board of USA Gymnastics, the national governing body of gymnastics in the United States; has served as the Co-Chairman of the US Olympic Committee Summer Sports Summit, an annual series of workshops designed to prepare America's medal hopefuls to win gold in future Olympics; serves as a USOC Olympic Ambassador, helping to prepare all of America’s athletes on working with the media and to represent the United States with character and respect.

For many years, Peter has also worked as the gymnastics commentator for CBS Sports and ESPN. He continues to work as a journalist, broadcaster, and corporate spokesperson at each summer Olympics. Peter has served on the President's Council on Physical Fitness, Sports & Nutrition; serves as the Vice Chair of the California Governor’s Council on Physical Fitness & Sports; is the Vice President of the Southern California Committee for the Olympic Games; serves in his hometown as Vice President of the Orange County Youth Sports Foundation; and is Chair of the Los Angeles "Ready, Set, Gold!" Program.

Peter is one of only three athletes inducted into the US Olympic Hall of Fame twice; first as an individual, then as a member of the historic 1984 USA men’s gymnastics team. He is also the author of Risk, Originality, and Virtuosity: The Keys to a Perfect 10.