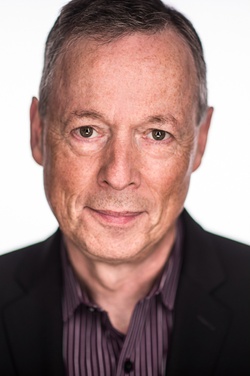 Dr. Nick Morgan is one of America’s top communication theorists and coaches. He is a frequent commentator on CNN on body language. He has spoken, led conferences, and moderated panels at venues around the world. Nick is a former Fellow at the Center for Public Leadership at Harvard’s Kennedy School of Government. He founded Public Words Inc, a communications consulting company, in 1997.

Nick has been commissioned by Fortune 50 companies to write for many CEOs and presidents. He has coached people to give Congressional testimony, to appear on the Today Show, and to deliver an unforgettable TED talk. He has worked widely with political and educational leaders. Nick helps people find clarity in their thinking and ideas – and then deliver them with panache.

Nick’s methods, which are well-known for challenging conventional thinking, have been published worldwide. His acclaimed book on public speaking, Working the Room: How to Move People to Action through Audience-Centered Speaking, was published by Harvard in 2003 and reprinted in paperback in 2005 as Give Your Speech, Change the World: How to Move Your Audience to Action. His book on authentic communications,Trust Me, was published by Jossey-Bass in January 2009. His new book on communications and brain science, Power Cues: The Subtle Science of Leading Groups, Persuading Others, and Maximizing Your Personal Impact, was just published by Harvard in May 2014.

Nick served as editor of the Harvard Management Communication Letter from 1998 – 2003. He has written hundreds of articles for local and national publications, and appears frequently on radio and TV.

After earning his PhD. in literature and rhetoric, Nick spent a number of years teaching Shakespeare and Public Speaking at the University of Virginia, Lehigh University, and Princeton University. He first started writing speeches as a political speechwriter for then Virginia Governor Charles S. Robb in the mid 1980s.