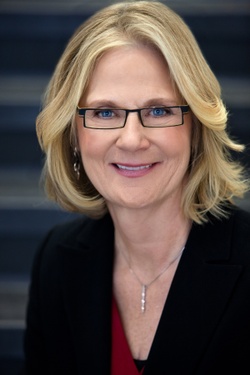 Margaret A. Neale is the Adams Distinguished Professor of Management. In 2011 she was honored with the Robert T. Davis Award for Lifetime Achievement at the Stanford Graduate School of Business. From 1999-2012, she was the John G. McCoy-BancOne Professor of Organizations and Dispute Resolution. In 2000-2001, 2009-2010 and 2011-2012 she was the Graduate School of Business Trust Faculty Fellow and the James and Doris McNamara Faculty Fellow for 2006-2007. From 1997-2000, she was the Academic Associate Dean of the Graduate School of Business at Stanford University. Prior to joining Stanford’s faculty in 1995, she was the J.L. and Helen Kellogg Distinguished Professor of Dispute Resolution and Organizations at the Kellogg School of Management at Northwestern University. She received her Bachelor's degree in Pharmacy from University of Louisiana at Monroe, her Masters' degrees from the Medical College of Virginia and Virginia Commonwealth University and her Ph.D. in Business Administration from the University of Texas. She began her academic career as a member of the faculty at the Eller School of Management of the University of Arizona.

Professor Neale's major research interests include bargaining and negotiation, distributed work groups, and team composition, learning, and performance. She is the author of over seventy articles on these topics and is a co-author of three books Organizational Behavior: A Management Challenge (third edition) (with L. Stroh and G. Northcraft) (Erlbaum Press, 2002), Cognition and Rationality in Negotiation (with M.H. Bazerman) (Free Press, 1991), and Negotiating Rationally (with M.H. Bazerman) (Free Press, 1992) and one research series Research on Managing in Groups and Teams (with Elizabeth Mannix) (Emerald Press). She has served as the associate editor of Organizational Behavior and Human Decision Processes and on the editorial boards of a number of academic journals.