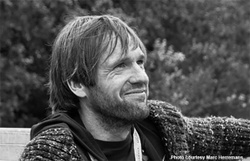 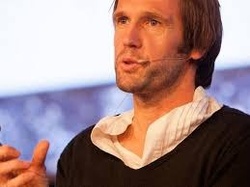 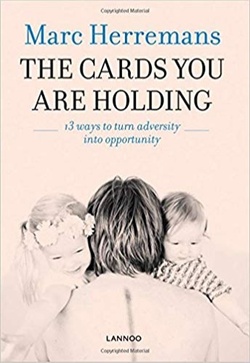 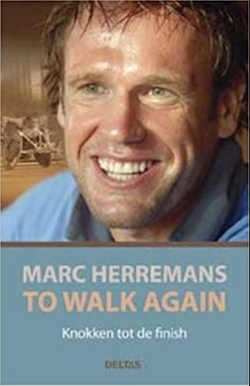 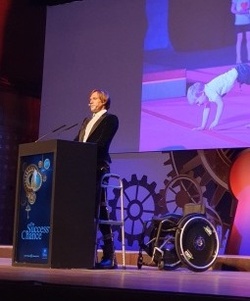 Marc Herremans saw a program on National Geographic about the Ironman triathlon of Hawaii. It was an exhaustive Triathlon of 2.4 miles swimming through open water, 112 miles biking through the lava fields, and last but not least running a marathon in the Hawaii heat. This was the sport Marc was going to be best at. Finally after all these years training to become the best boxer, he had found his mission in life.

Marc started training and participating in triathlons – and not without success. He became the Belgian champion twice and came 8th in a world championship.

At the age of 27 he could finally compete in the mythical triathlon of Hawaii, the official world championship of the IRONMAN. As the youngest competitor in the professional athletes group Marc achieved 6th place, and he could have been higher if he hadn’t deliberately held himself back in his best section, biking.

2001 IRONMAN was a try out for Marc and his superb first IRONMAN result of 6th place was not bad at all!! 2002 was the year he was going to win the title "World Champion IRONMAN".

In 2002 Marc was attending a training camp on Lanzarote to prepare himself for the world championship IRONMAN 2002 competition. On the 8th day he fell heavily during a descent. For the following three days Marc was hospitalized in three different countries and three different doctors gave him the same diagnosis, paraplegia; resulting in paralysis from the chest down. The most promising professional triathlete would not become a world champion IRONMAN, but was sentenced to spent the rest of his life in a wheelchair. As a former para commando, joiner, volunteer firefighter, and professional triathlete, life seemed to have no purpose anymore. Those depressing thoughts lasted only one day after the operation because Marc’s nephew came to see him. He jumped on his bed hugged him and said “Uncle Marc I’m so glad you’re back”. In that moment, and with those words Marc realized that he was lucky to be alive. Unlike a lot of other people he had been given a second chance, a second chance he could not ignore.

That evening after the visit, Marc looked at his bucket list which he had made before his accident: winning the IRONMAN of Hawaii, driving the Crocodile Trophy, and becoming a father. He decided to fulfil his bucket list with help from his friends and family. Marc started training harder than ever before, reassessing his progress every day, and founded the “To Walk Again Foundation”. He was knighted by the king for his positive attitude, his dedication, his commitment to others, and he received the prize for sports personality of the year in Belgium. After 3rd, 3rd, and 2nd places, Marc’s biggest dream that he had been working very hard for since he was 16 came true. Marc succeeded, despite his complete paralysis from the chest downwards, to be the 2006 World champion IRONMAN.

In the meantime Marc’s "To Walk Again Foundation" gained a reputation as a leading and respectable charity. The foundation offers people sport and constant reassessment to keep them healthy in the short term and prepare them for the long term should there ever be a medical solution for paraplegia.

In 2008 Marc began coaching athletes in cycling, triathlon’s, mountain-biking, motor cross, bmx, etc etc. After a few years Marc was nominated with 10 others for the coach of the year award in Belgium. In 2012 he founded, together with his partner and brother in law, the 185 Coaching Centre, a centre where people are guided to achieve personal sporting goals.

In 2013 Marc’s most precious item on the bucket list became reality with the birth of his daughter Anne-Lou. Just 12 years after Marc became paralyzed, he had fulfilled all his goals.