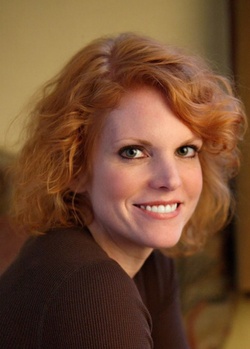 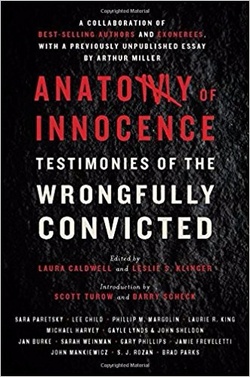 Laura Caldwell is a lawyer-turned-author-turned-life-saver. She is a former civil trial lawyer, now Distinguished Scholar in Residence at Loyola University Chicago School of Law, director of Life After Innocence, published author of 14 novels and one nonfiction book (to date), speaker, daughter, sister, aunt and friend. Her latest book is "Anatomy of Innocence: Testimonies of the Wrongfully Convicted."

With novels published in over 22 countries and translated into more than 13 languages, Caldwell had left the law behind, or so she thought. Research on her sixth novel led her to the criminal case of a young man sitting in a Cook County holding cell for over five years without a trial. Compelled by his story, Caldwell joined a renowned criminal defense attorney to defend him, ultimately proving his innocence and inspiring her first nonfiction book, Long Way Home: A Young Man Lost in the System and the Two Women Who Found Him (Free Press, Simon&Schuster).

By working with her client and witnessing his intense struggle to assimilate into a now foreign and unfriendly world, Caldwell became keenly aware that while many programs are available for ex-offenders after their release, the innocent in most states receive no assistance. As a champion for the innocent, Caldwell was moved to create Life After Innocence, an innovative and first-of-its-kind program that aids exonerees – people who have been wrongfully convicted and later found completely innocent – to begin their lives again and reclaim their rights as citizens.

Caldwell’s fictional work began in the “chick-lit” genre, and she soon turned to writing mysteries and thrillers, focusing her attention on a returning character, Izzy McNeil. The series has received critical acclaim and nominations for prestigious industry awards. Laura Caldwell is also a freelance magazine writer and has been widely published both domestically and internationally.