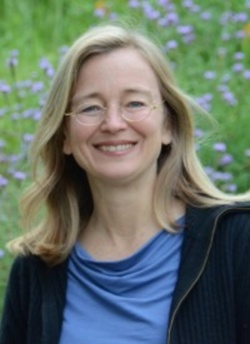 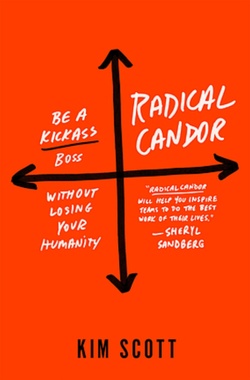 Kim Scott is the author of Radical Candor: Be a Kickass Boss without Losing your Humanity, published by St Martin’s Press. Kim is also the co-founder and CEO of Candor, Inc., which builds tools to make it easier to follow the advice she offers in the book. She is also the author of three novels.

Prior to founding Candor, Inc., Kim was a CEO coach at Dropbox, Qualtrics, Twitter, and several other Silicon Valley companies. She was a member of the faculty at Apple University, developing the course “Managing at Apple,” and before that led AdSense, YouTube, and Doubleclick Online Sales and Operations at Google. Previously, Kim was the co-founder and CEO of Juice Software, a collaboration start-up, and led business development at two other start-ups, Delta Three and Capital Thinking. Earlier in her career, she worked as a senior policy advisor at the FCC, managed a pediatric clinic in Kosovo, started a diamond cutting factory in Moscow, and was an analyst on the Soviet Companies Fund. Kim received her MBA from Harvard Business School and her BA from Princeton University. Kim and her husband Andy Scott are parents of twins and live in the San Francisco Bay Area.