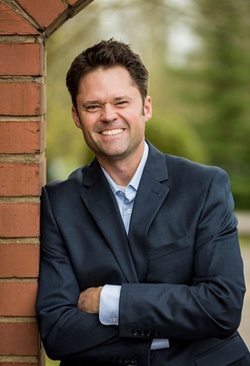 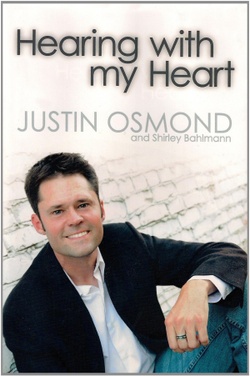 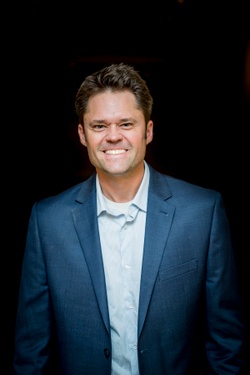 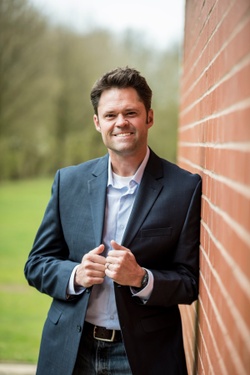 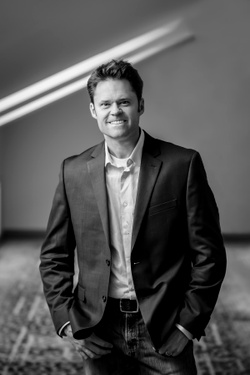 Justin has a unique ability to capture and captivate his audience with stories calling on reserves of courage, determination and self-belief in order to succeed and sometimes to simply survive. He offers his audience an extraordinary experience by sharing life lessons and translating his life experiences into an entertaining and motivational keynote that is relevant to his audiences from academic and government to corporations world-wide.

Justin has led an extraordinary life and found himself learning vital lessons from his unique circumstances. Growing up with a 90% hearing loss is hard for anyone, but being the son of Merrill Osmond, the lead singer of the world-renowned Osmond Family, made deafness an even bigger challenge for him.

Diagnosed at the age of 2 with a 90% hearing loss and after 12 years of intense speech and listening therapy, he can now speak with passion and through modern-day technology, hear with conviction.

Considering the fact that he was a couple years behind his peers, he has shown through intense dedication, mental and physical exertion, that nothing can stop him from going after his dreams. There were many obstacles and challenges that represented stumbling blocks, despair and lack of hope. But his will-power, determination, desire, and hope surpassed all hurdles that stood in his way.

Despite living with a profound hearing loss and even after being told by teachers and professionals that he would never play a musical instrument, he went on to play the violin, viola, piano, and drums. He has received numerous awards such as the prestigious sterling scholarship in music, academic scholarships, honorary achievements, and many athletic titles in soccer, football, basketball, and track. He is also proud to represent the Boy Scouts of America as an Eagle Scout, and he currently has his Master’s in Business Administration.

Due to Justin’s desire to help everyone that may be struggling with hearing loss, he launched the Olive Osmond Hearing Fund in honor of his late grandmother Olive. As Founder and CEO of the Olive Osmond Hearing Fund, Justin has one goal: to bring music to the ears of men, women and children living with hearing loss around the world. Recently, he challenged himself to an "impossible" feat of running 250 miles in just 7 days in order to raise awareness in honor of his Grandmother Olive, and to help raise funding for hearing devices for 25 deaf children. It's been his hardest challenge to date, but also the most rewarding.

This is what makes Justin extraordinary. Overcoming many communication challenges, he became an award-winning musician, dedicated his life to working with the deaf and hard-of-hearing and inspires everyone who hears his amazing story.

Having shared the spotlight with the likes of Kevin Costner, Oprah, Billy Crystal, Garth Brooks, Susan Boyle and many other distinguished and respectable individuals, Justin's unique style inspires and motivates his audiences. Justin has spent over 15 years traveling the world helping the deaf and hard-of hearing in underdeveloped countries as well as throughout the United States. Justin continues to travel the world inspiring those living with a hearing loss by sharing with them his experiences and stories of hope and perseverance. Justin touches the hearts of not only those living with a hearing loss, but everyone he comes in contact with and encourages any person who has a dream to live it.

In his recently published book “Hearing with my Heart,” he shares his story with the world in order to help everyone understand the struggles of living with a hearing loss and how to overcome it. He lives every day by his personal motto: “I may have a hearing loss, but that hearing loss does not have me.”

Nothing gets him down and he loves inspiring others to go after what they want in life and that NOTHING is impossible.