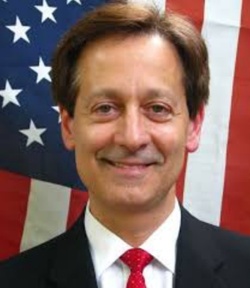 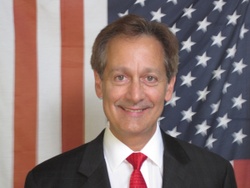 Jeff was chosen as the best speaker in the 50-year history of Kansas City’s prestigious Plaza Club. He is a professional speaker who has provided over one thousand presentations on the topics of leadership integrity, crisis communication, ethics, identity theft, cyber-crime and more. His clients include 20th Century Fox Entertainment, Morgan Stanley, Nationwide, Citigroup, The Young Presidents Organization, American Century, Hallmark, H & R Block, The Society of Human Resource Management, Hess Oil, Standard and Poor’s, Financial Executives International, U.S. Bank, Wells Fargo and others. He developed and presented a program on identity theft prevention which was used to educate a nationwide audience of Citigroup employees. His program on the topic of leadership integrity has been certified for education credits across the United States. He provided this program as part of ethics training for a nationwide sales force for Pacific Life Insurance Company. The program was also used to educate the Kansas City Chapter of the National Association of Corporate Directors and many other associations.

Jeff was head of operations security for the Kansas City FBI and a graduate of the world-renowned John E. Reid School of Interviewing and Interrogation. He is a certified FBI instructor and has trained numerous government agencies and corporate clients on how to handle the media tricks that the national television personalities such as Connie Chung and Chris Hansen used on him during his near two decades as a crisis communicator with the FBI.

In addition to his book, Jeff authored speeches for FBI executives and has been published in The Kansas City Star, Ingram’s Magazine and on the FBI National Web site.

Jeff consulted for academy award winning director Ang Lee during the production of “Ride with the Devil”, and he has provided regular consulting services for television and movie production in Hollywood at Steele Films and Granfalloon Productions. Jeff was a major contributor and appeared on camera in a recent episode of The History Channel’s, “America’s Book of Secrets”. He was featured in the companion documentary to the major theatrical release “Runner - Runner”, which stars Ben Affleck and Justin Timberlake.