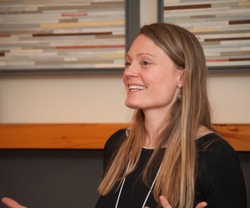 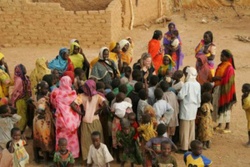 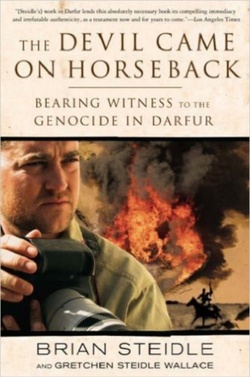 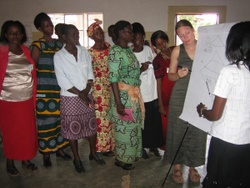 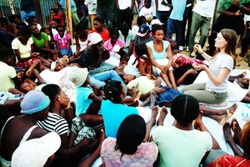 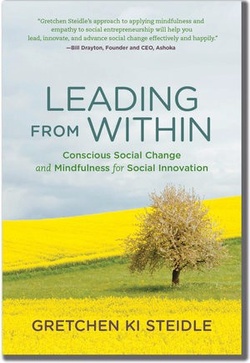 Gretchen Ki Steidle’s inspiration for her work with women in developing countries first stirred in her as a child when her military family was transferred to the Philippines, where she discovered the difficulties of poverty.

She graduated in 1996 with a BA in foreign affairs from the University of Virginia, where she attended as a Jefferson Scholar. From 1996-1999 she worked in international project finance for PMD International, Inc. a boutique investment banking firm specializing in infrastructure development in poor countries. She returned for her MBA (2001) at the Tuck School at Dartmouth College, where she helped to found what is now Tuck’s Center for Business and Society, an endeavor to instill in business leaders a sense of corporate responsibility, service, business ethics and knowledge of social enterprise. After Tuck, she joined Ashoka: Innovators for the Public, an international non-profit organization advancing the profession of social entrepreneurship. She was responsible for leading the launch of an incubator for social entrepreneurs and was invited to direct Ashoka’s sister organization, Youth Venture, a national non-profit organization that helps young people create and lead their own social ventures. In 2003 she left Ashoka and Youth Venture to start a social venture of her own.

In 2004 she led a team to South Africa to study the impact of HIV/AIDS, the work of social entrepreneurs combating the disease and the opportunity for creative business investment in the epidemic. In the townships of South Africa, Gretchen discovered how critical a role the lack of women’s sexual and economic rights played in the continued spread of HIV. Later that year, inspired by her work in South Africa and her brother’s tenure as a military observer in Darfur, Sudan, she established Global Grassroots. Global Grassroots is a 501(c)(3) non-profit organization which provides mindfulness-based leadership practices, social entrepreneurship training and seed funding to help disadvantaged women and girls start their own ideas for social change. Gretchen returned to Africa with her brother in 2005 to explore the opportunities for her work with Darfur refugees in eastern Chad, and in 2006 to Rwanda where she founded Global Grassroots work with survivors of genocide.

Gretchen is a producer of the documentary film, The Devil Came on Horseback, which was nominated for three Emmy Awards in 2009. She is also co-author of the memoir, "The Devil Came on Horseback: Bearing Witness to the Genocide in Darfur", published by PublicAffairs, about her brother, Marine Capt Brian Steidle’s experience as a military observer in Darfur. Gretchen is also a certified Integrative Breathwork Practitioner and trained in Coherent Breathwork, which she utilizes in her work in Africa and Haiti to help women and children heal from the trauma of war, disaster and sexual violence. In 2007, Gretchen was honored by World Business Magazine and Shell as one of the top International 35 Women Under 35. In 2010 she was chosen as a CNN Haiti Hero for her work in Haiti after the earthquake. In 2011, Wallace was selected by New Hampshire Magazine, along with their Senator and former Governor Jean Shaheen as one of 7 Remarkable Women of the World. She regularly speaks and teaches about "Conscious Social Change" at universities and wellness institutions nationwide.