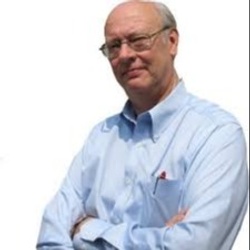 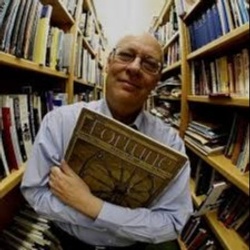 Gary Hoover began his entrepreneurial journey at an early age. He grew up in Anderson, Indiana, a General Motors factory town, and began asking questions about business at an early age. Convinced that the best way to change the world (for the better) was to lead or create enterprises, he started subscribing to Fortune Magazine when he was 12. While other kids were playing baseball, he was memorizing the Fortune 500. He visited hundreds of corporate headquarters and offices before he was 18, and studied the stock market in depth. His question was the same, “What separates the losers from the winners?”

In this quest, Gary’s research was not limited to for-profit enterprises, but included the study of all types of enterprise from empires to unions, from General Motors to the United States of America. As part of his education, he studied economics at the University of Chicago under Milton Friedman and two other Nobel Prize winners, served as a securities analyst for CitiBank on Wall Street, worked as a buyer for Federated Department Stores, and headed up acquisitions and strategic planning for the May Department Stores Company.

At the age of 30, he finally took the plunge and created pioneering book superstore BOOKSTOP, which helped change the nature of book shopping in America. BOOKSTOP also won kudos for its preservation and restoration of historic buildings such as old movie theatres. This company was sold to Barnes & Noble for $41.5 million cash when it was 7 years old, and became a cornerstone for their industry-dominating superstore chain, which in 2007 did over $4.5 billion in sales out of 700-plus stores.

After he and his partners sold BOOKSTOP, Gary returned to his first love of understanding businesses, and (in 1990) began a small business information publisher, the Reference Press. This company evolved into Hoover’s, Inc., the world’s largest Internet-based provider of information about enterprises. Hoover’s Online, covers thousands of companies around the world, and includes private, public, and non-profit enterprises. Millions of users from all countries access Hoover’s every day for the site’s easy-to-use and easy-to-read information on enterprises, generating hundreds of millions of page views a year. In July of 1999, Hoover’s went public and in March of 2003, the company was purchased by Dun & Bradstreet for $117 million. Like BOOKSTOP, Hoover’s has changed the way we do things and today employs over 600 people. This is what Gary Hoover started out to do as a teenager.

Hoover also knows failure, having started travel superstore TravelFest in 1993 – and closing it down in 1998-99 as airlines slashed commissions to travel agents.

From 2003 through 2008, Gary did an in-depth study of the museum industry and business opportunities, therein. He and his colleagues created a company, Story Stores, to build a chain of for-profit museums, starting with the concept RoadStoryUSA. The economic environment made it difficult to raise the required capital, and this project is on the back-burner for now.

Today, Gary Hoover travels the world speaking to Fortune 500 executives, trade associations, entrepreneurs, and college and high school students about how enterprises are built and how they stand the test of time. His speeches and workshops have ranged from the Hong Kong and Jakarta chapters of EO (Entrepreneurs Organization) to keynote at the National Association of Convenience Stores Convention and the Mid-Atlantic Venture Capital Conference, from Microsoft and Oracle client conferences to strategic planning meetings of major law firms.

From his own successes and failures, and from the lessons of the thousands of companies he has studied, he draws real-life examples of the things that really matter. He talks about the role of history, of geography, of demography, of curiosity, and the other key things that aren’t discussed every day in the newspaper – or the classroom. Gary speaks from long experience and long study about the big picture, about the critical components of the successful business mission. In an era of fads and fashions, Gary keeps his eye on the timeless fundamentals of success, but with new and surprising stories.

Gary has for 40+ years been watching demographic and other trends, today including the aging baby boom and its implications for “the experience economy.” As always, he is especially attuned to the customer and to retailing.

Gary lives in Austin, Texas, with his 50,000-book personal research library. In Austin, he has worked to develop entrepreneurial thinking among local young people, helping to create a group of students who meet monthly to learn the keys to entrepreneurial success.

In the spring of 2002, Gary’s alma mater the University of Chicago opened Hoover House dormitory, named in honor of Hoover for the gifts of stock in his companies made to the University over the last 20 years. He continues to be an active supporter of nonprofit entrepreneurship, particularly in education.