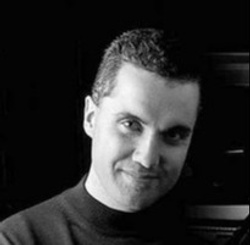 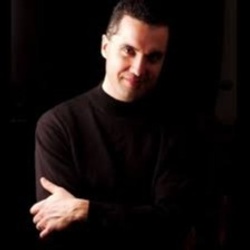 Born in Toronto, Canada, Eric Genuis (pronounced "Gen-us") is an acclaimed composer, virtuoso pianist, and inspirational speaker. He has recorded several CDs with the Slovak National Symphony Orchestra of all original music in addition to performing on television and scoring music for independent films. Annually, he performs hundreds of live concerts a year in the US and internationally. His beautifully creative melodies, exquisitely combined with his own modern style, gives rise to a unique musical experience with universal appeal.

When not performing in the private living rooms or for large venue functions or benefits, Eric shares his gift of music with the less fortunate and suffering of the world, or as he calls them, “the forgotten”. In the same manner as with his other concerts, Eric is accompanied by world-class violinists, cellists, and vocalists. Through Eric’s foundation, Concerts for Hope, they go into rehab centers for PTSD veterans, memory care facilities, inner-city schools, and even prisons. These are places that would otherwise have no access to this uplifting, memorable gift.

Throughout all of Eric’s live performances, he masterfully weaves together his original compositions with touching personal stories, humor, thought-provoking cultural insight and even mini lessons about music. His shows are like nothing the audience members have ever experienced. Many of them still remember the concert as a life-altering event years later. As actor Kevin James (from the TV series King of Queens and the Mall Cop movies) stated, “What a refreshing and new approach to music. Eric’s creations are moving, exhilarating, thoughtful, and so enjoyable. You just want to listen to them over and over again.”

Classical in form, but with a modern feel, Eric’s music has drawn praise from fellow performers and entertainers.

In 2016, Eric has launched two exciting new ventures as well. The first being a charitable effort, Concerts For Hope. Through CFH, Eric is helping to bring beauty and dignity back to the imprisoned and marginalized.

Eric resides in Kentucky with his wife and beautiful children.