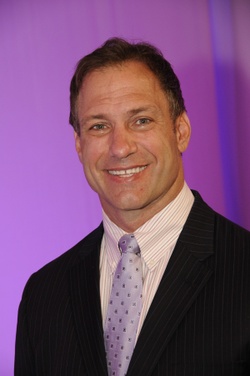 Chris Spielman is an All-Star linebacker from Massillon Ohio. He was a 2 time All American for The Ohio State University Buckeyes. Chris played 11 years in the NFL for the Detroit Lions, Buffalo Bills, and the Cleveland Browns. He represented the Detroit Lions in four Pro Bowls and was named the team’s defensive MVP in 1993 and 1994. Chris was inducted into the College Football Hall of Fame in 2009.

Currently, Chris is a College Football Analyst with ESPN, a Professional Speaker and his most important role besides being a father, is that of a Cancer Warrior – Chris continues the fight that he and his late wife Stefanie started together shortly after her first diagnosis of breast cancer. Over the years more the $17.5 million has been raised for the Stefanie Spielman Fund for Breast Cancer Research and the Stefanie Spielman Patient Assistance Fund. He found his biggest opponent to be off the field. Chris’ life has order: Faith, Family and Community – and he lives it daily in that order.