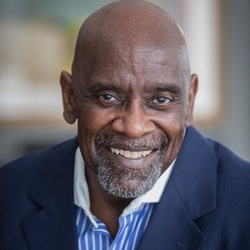 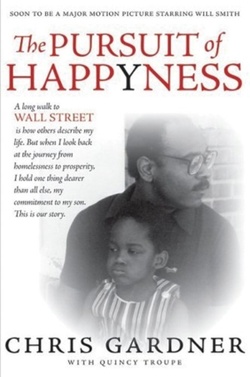 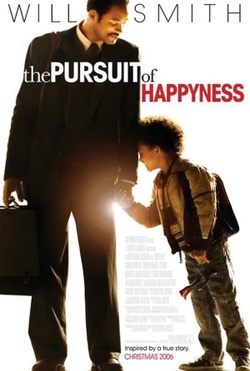 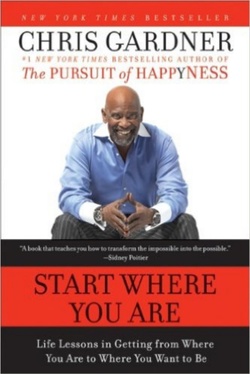 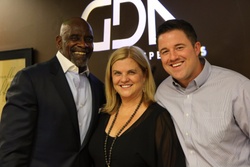 Chris Gardner Inspiration for the Film, The Pursuit of Happyness

Chris Gardner is the CEO of Happyness. An entrepreneur, author, philanthropist and single parent, his work has been recognized by many esteemed organizations and was the inspiration for the acclaimed movie, The Pursuit of Happyness. Will Smith's epic portrayal of Chris received Golden Globe, Screen Actors Guild and Academy Award nominations for his performance.

Serving as a shiny beacon of hope, Chris' autobiography, The Pursuit of Happyness, is a New York Times and Washington Post #1 bestseller and has been translated into more than forty languages. Chris' second bestselling book, Start Where You Are: Life Lessons in Getting from Where You Are to Where You Want to Be, offers indispensable life lessons in getting from where a reader is in their life to where they want to be.

In 2010, AARP named Chris Gardner their Ambassador of Pursuit and Happyness, which has nearly 40 million members worldwide.

His Story
Always hard working and tenacious, a series of adverse circumstances in the early 1980’s left Chris homeless in San Francisco and the sole guardian of his toddler son. Unwilling to give up Chris Jr. or his dreams of success, Chris climbed the financial industry ladder from the very bottom. He worked at Dean Witter Reynolds and Bear Stearns & Co before founding the brokerage firm Gardner Rich in Chicago in 1987.

About Chris' Keynotes
Chris' aim, through his speaking engagements and media projects, is to help others achieve their full potential. He is a passionate philanthropist committed to organizations combating violence against women, homelessness, financial illiteracy and providing access to medical care and treatment; issues of the utmost importance to Chris.